Did anyone else get to celebrate Tanabata? Me, my brother Tysen, and two of the girls of the Seattle/Tacoma Kimono Club went to the Tanabata Festival at the Seattle Japanese Garden, we had such a good time! Just being able to walk around and garden in yukata was a wonderful experience!

I wanted to bring my son Bryan with me since tanabata is a festival that is good for children (origami and making wishes!) but unfortunately he would have been very cranky and impatient, since my friends and I had planned on attending tea ceremony at the festival. I was glad that he stayed home, as I didn't see many things at the festival that he would have enjoyed, he is too young. There were a few children at the garden, but not many. So instead, I made some origami decorations at home with my son - and he crumpled up some balls of paper!

I wore my new yukata I just made (from my previous posts), and dressed it up with a rose on the back of the obi bow, and a polka dot scarf "obiage"


We had such a great time, and my brother took a lot of photos! 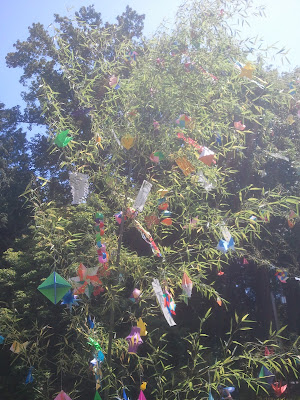 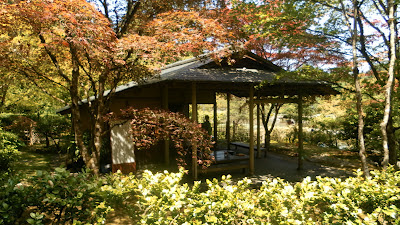 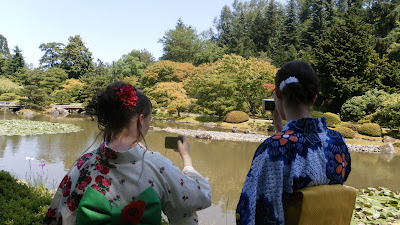 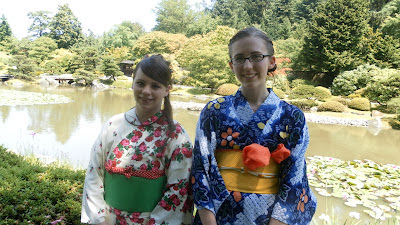 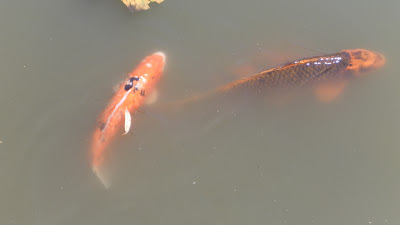 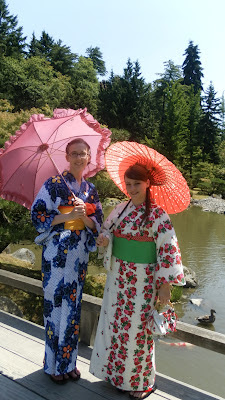