More from the County Fair

My family went to the Puyallup Fair last night. We had a great time, and my son was able to ride on some carnival rides for the first time!

As promised, I got a picture of that green kimono in my friend's kimono display: 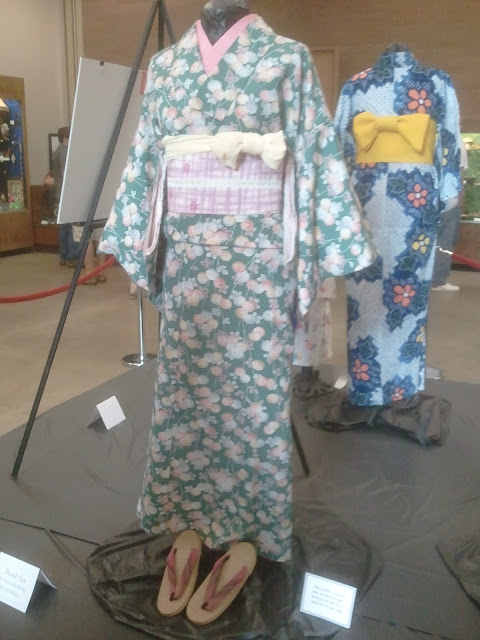 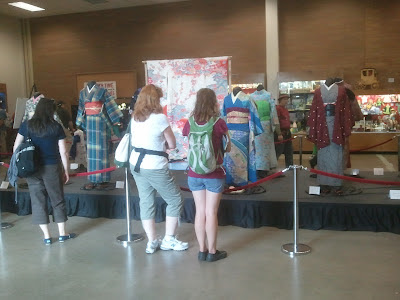 I listened to some of the people who were admiring the display. Many people were interested, and the couple below were especially interested, as they stayed for a long time talking and examining every aspect of the ensembles. I even overheard some teen boys look at the men's ensemble and say that they wanted one! 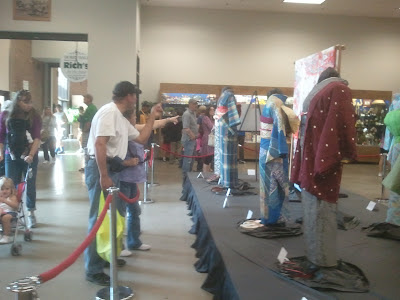 There were some other Japanese inspired creations displayed at the fair. Some quilts in a quilt competition: 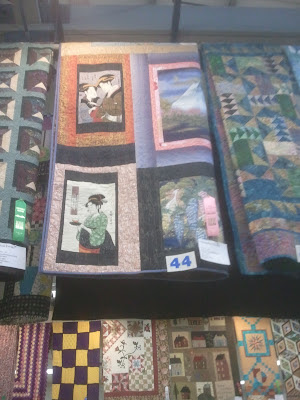 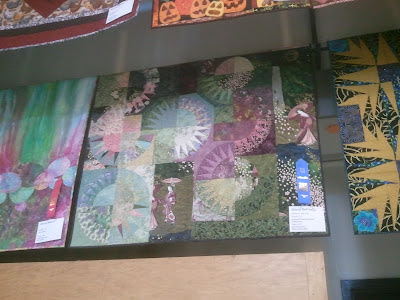 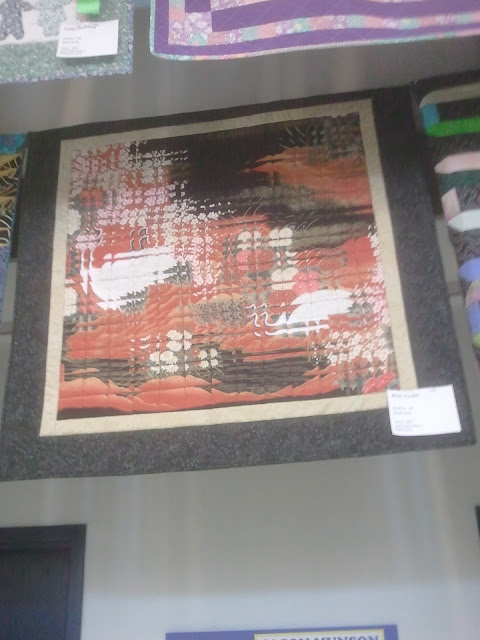 This one is visually interesting. It is a crane "chiyogami" cotton print fabric, but cut up and assembled in such as way that the image is fractured. 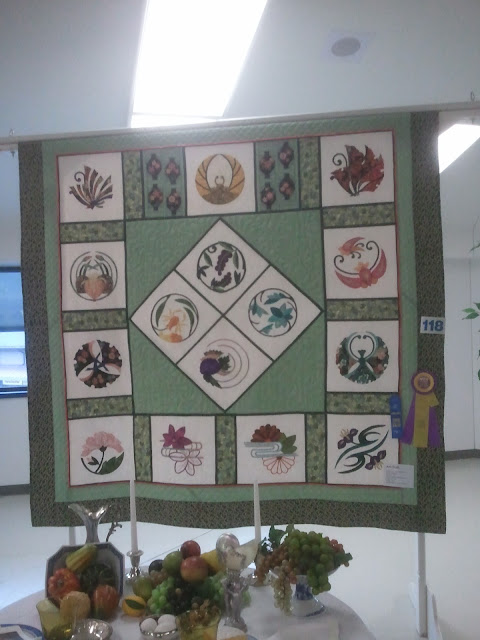 My favorite quilt at the fair! 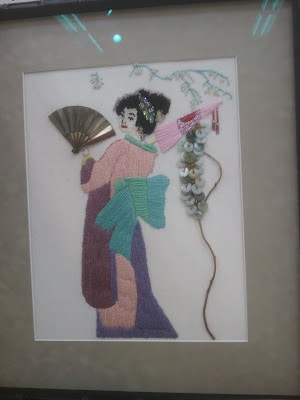 A fiber art/stitched picture? I recognize the shape of the woman, I believe this is based off of a common cross stitch kit. 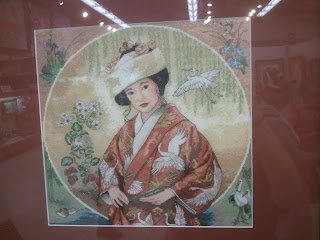 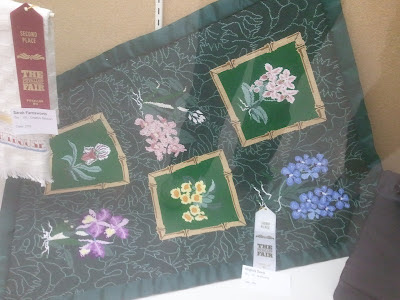 And now, the star creation I spotted at the fair this year - a stained glass window artpiece: 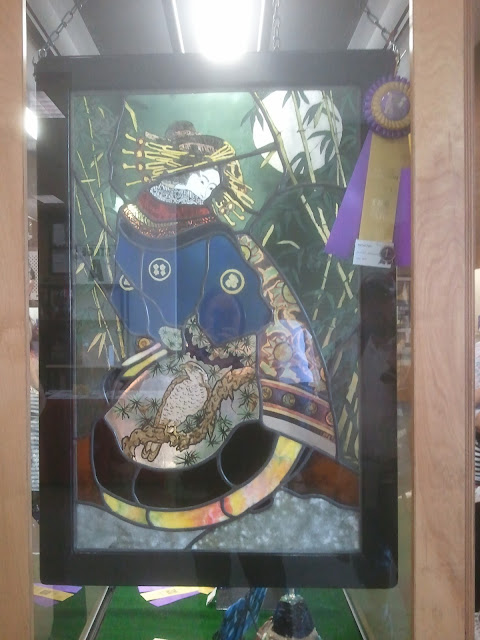 Wow! I think this is stunning!

Aside from looking at the art/crafts and collections, we did a bunch of other things at the fair. It is arguably the largest event in the state of Washington, with so much to do, such as concerts, famous comedians, exhibits, carnival rides and games, shopping, and animals. Of the things we wanted to do, we only missed out one of the things we wanted to do; a rainforest exhibit, but the line was at least an hour and a half long.

My son was just tall enough to ride on some carnival rides for the first time, such as the merry go round, and a sky tram that crosses over the entire fair grounds. He loved the farm animals the most, rabbits and goats, he especially likes the goats. Last year, he was terrified of sheep (understandably!) but he managed to at least look at some sheep this year without crying, haha!
Posted by Amanda at 2:42 PM