At the end of April was the Seattle Cherry Blossom Festival. This year I volunteered to work at the festival, so I did not dress up or get to look around very much. 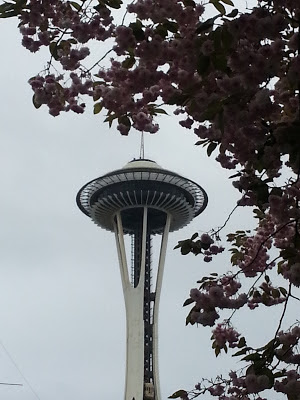 My view walking up to Seattle Center, the iconic Space Needle framed by cherry blossoms. Early morning it was rather dreary, but I think the sun did come out later in the day. 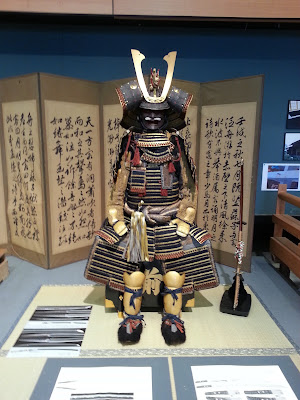 Yoroi on display. There was also another set of armor that people could dress up in and get photos taken. 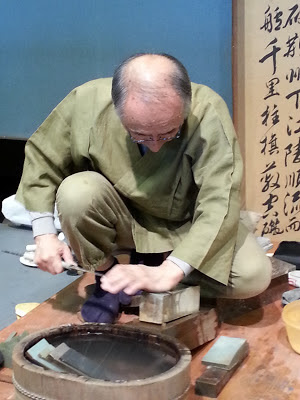 Tatsuhiko Konno, one of 4 togishi sword polishers in the US.

I was backstage for the rest of the festival and could only sneak glimpses of the performances from behind the stage. On my stage were taiko groups, buyo dance performances, and several martial arts. 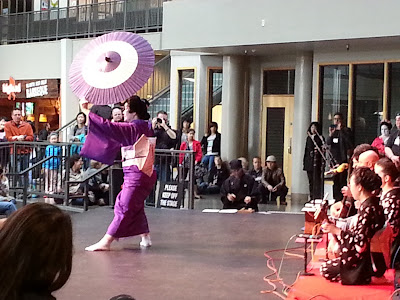 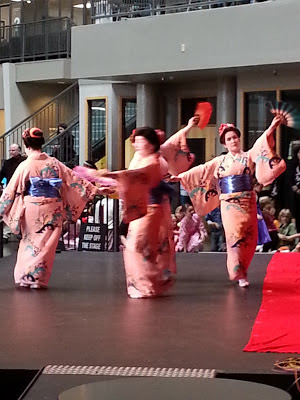 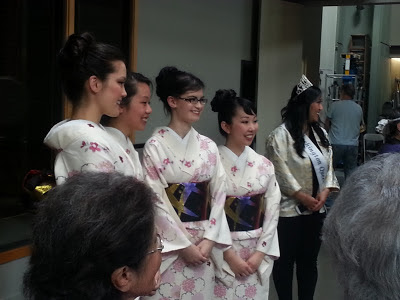 The Washington Japanese Queen scholarship candidates, prior to their dance performance. 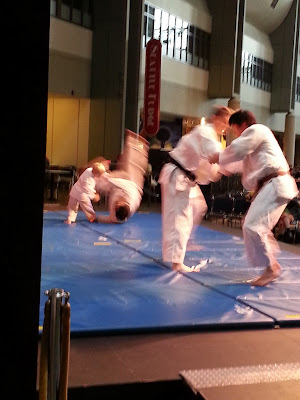 Judo. This was very entertaining to watch the little kid in the back throwing around full grown adults.