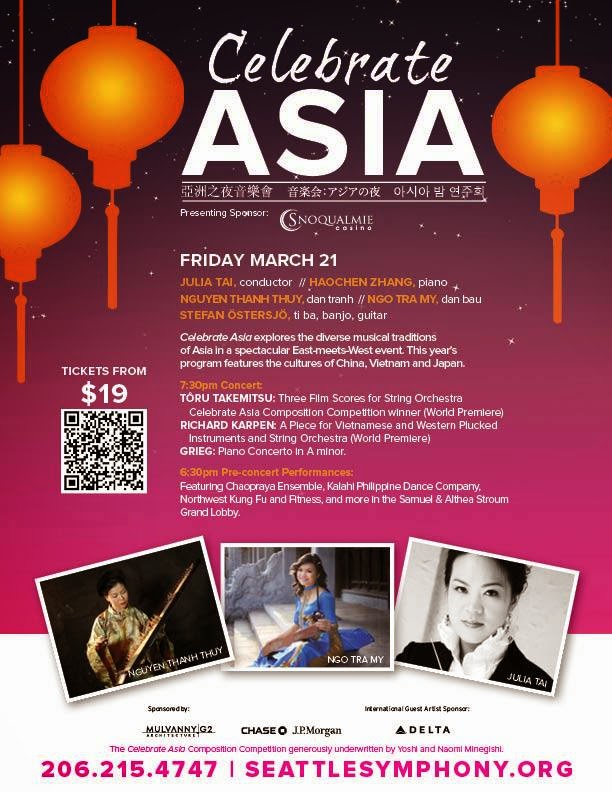 Celebrate Asia is an annual concert by the Seattle Symphony to celebrates Seattle's diverse Asian community. Often times they will include some songs that incorporate traditional instruments, or guest performers from Asia or with Asian backgrounds. Not only is the concert a wonderful treat, but the pre-concert performances, or even mingling within the crowd of gloriously dressed concert-goers is a treat for the eyes!

Before the concert, the guests mingle in the Grand Lobby, meet new people and take many photos. I tend to be somewhat shy and reserved, but I was excited to meet new people, and to see many people I've met over the last couple of years. 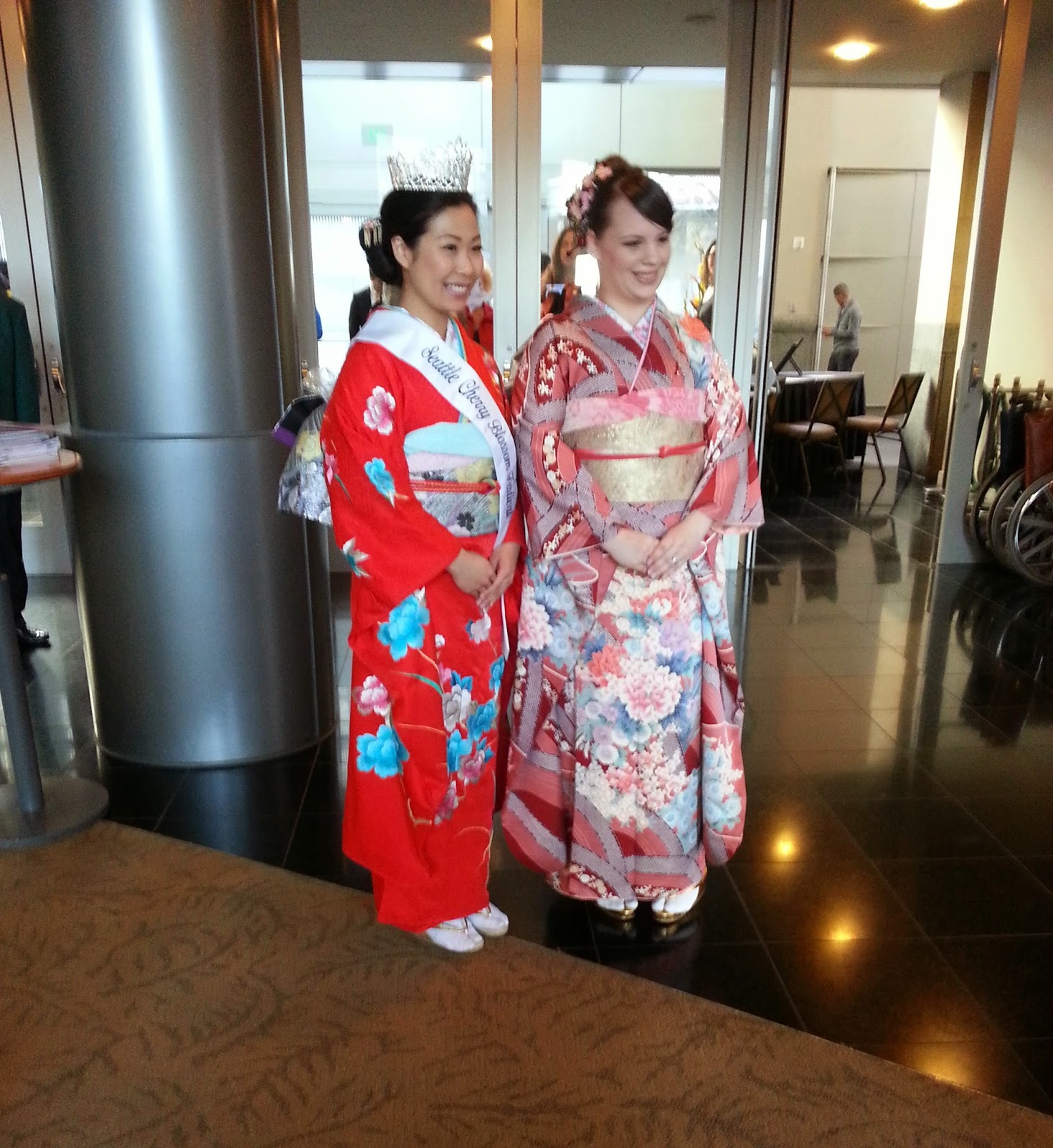 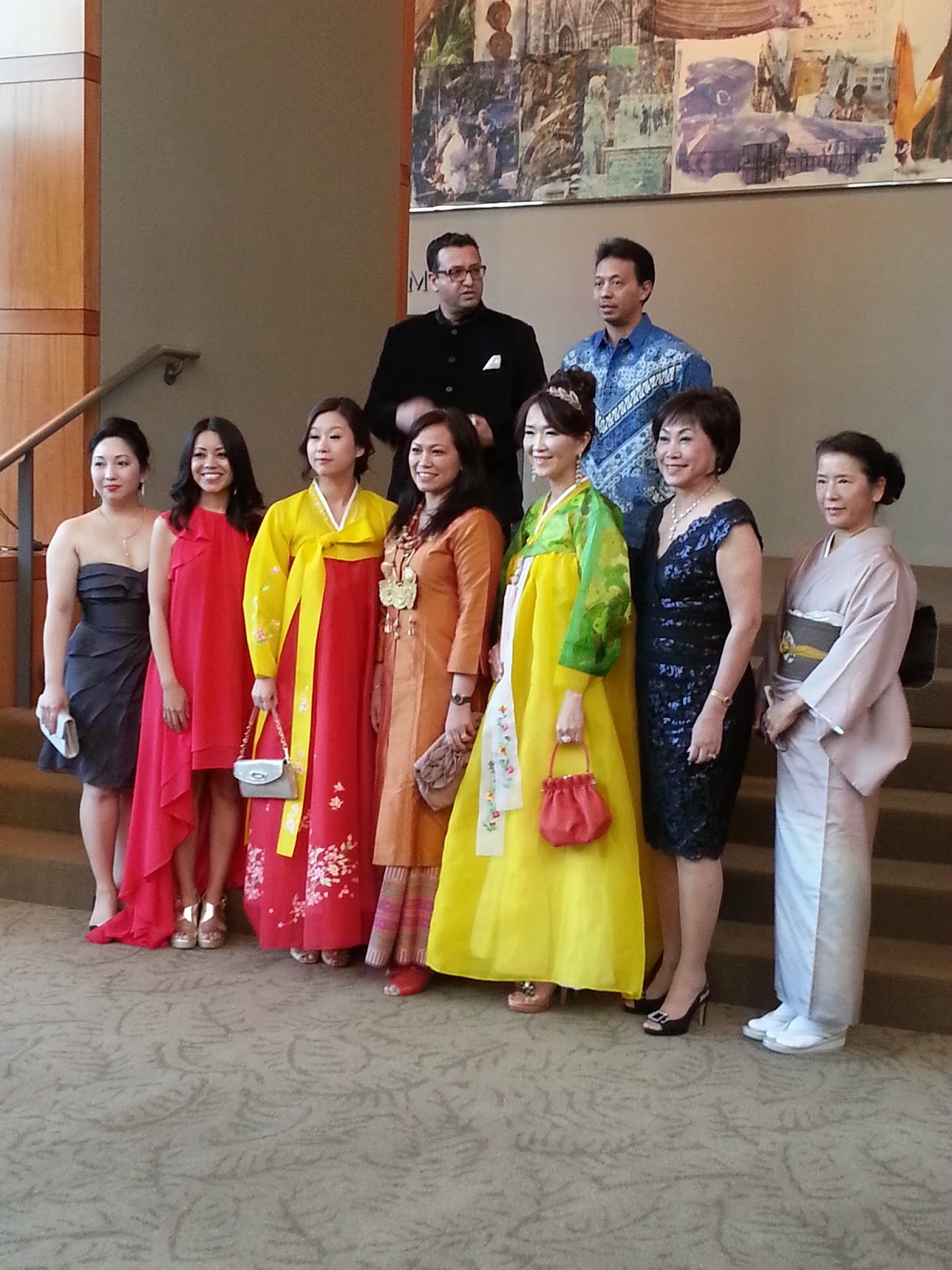 I believe this beautiful group of people are the Celebrate Asia committee members. 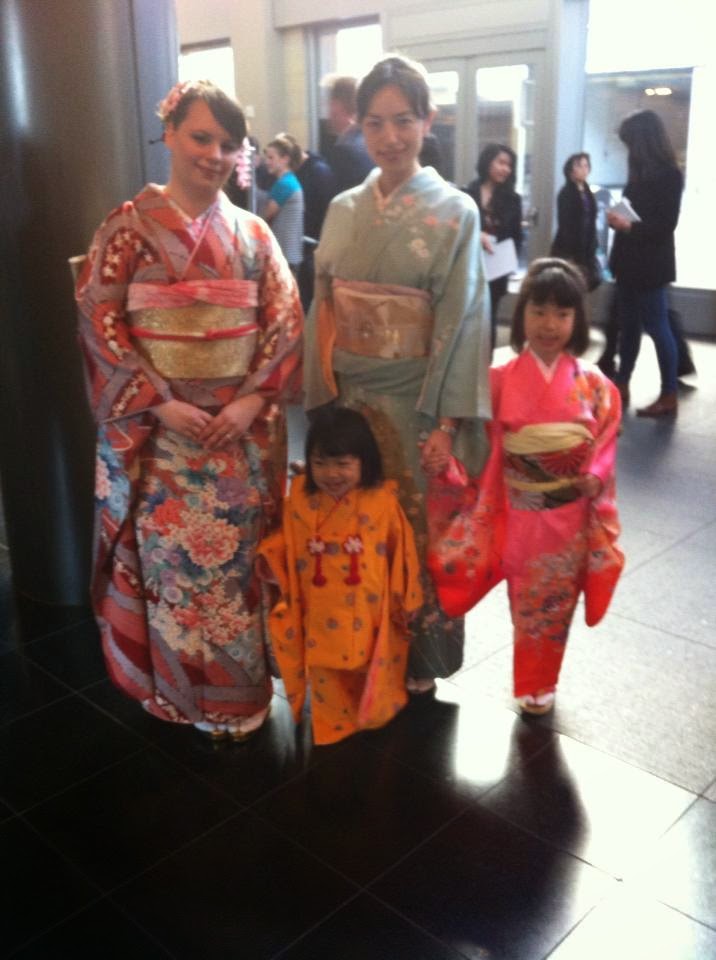 My friend Akiko and her beautiful daughters!

After some mingling, there were some pre-show performances. There were two dance performaces, Thai and Philippian dance. I didn't see the second performace, as I was getting ready for the fashion show, but I did get to enjoy the Thai dance performance. 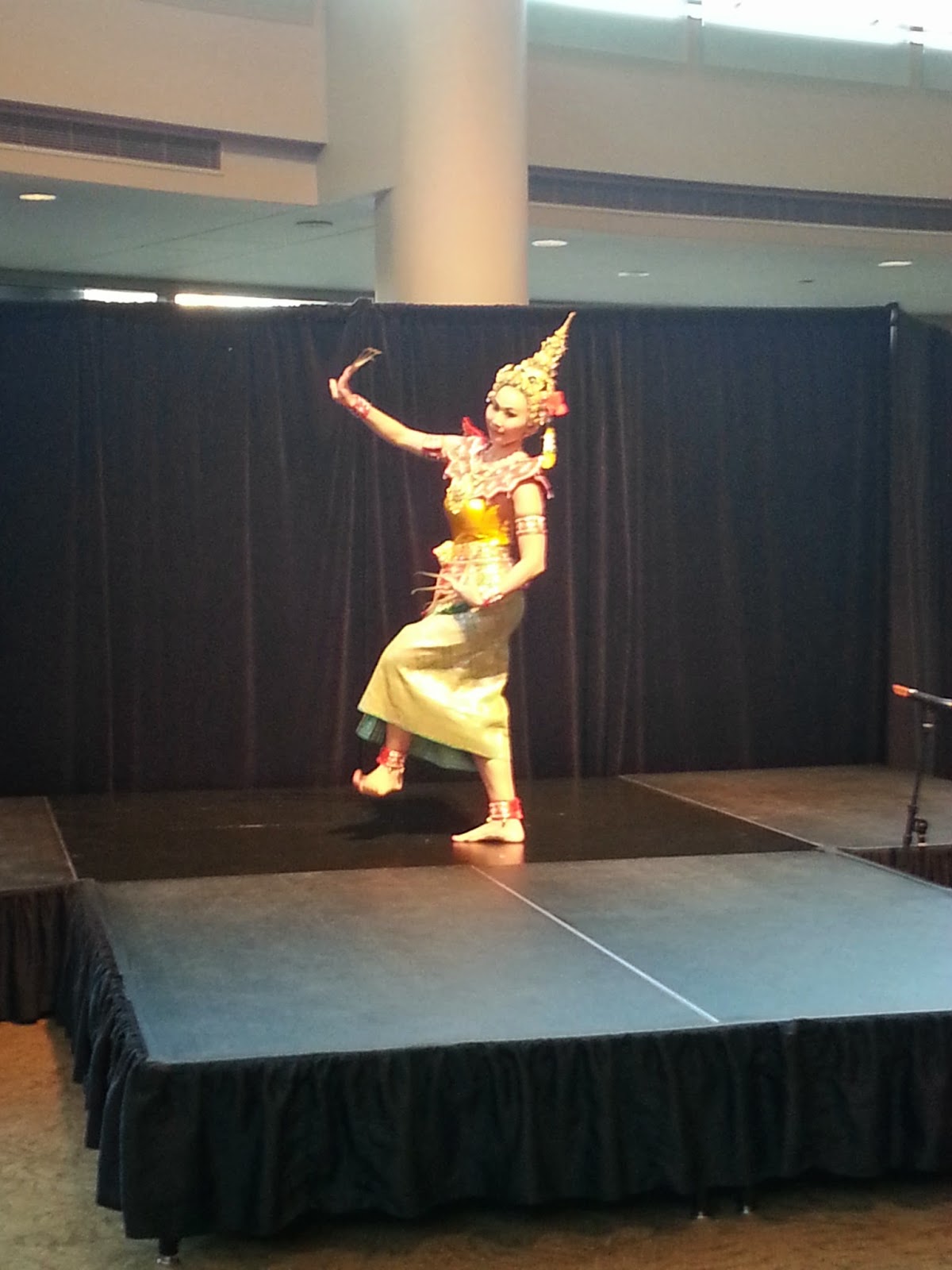 Her headdress and costume is amazing, but I was impressed by the skill and balance, and especially the point of her toes. 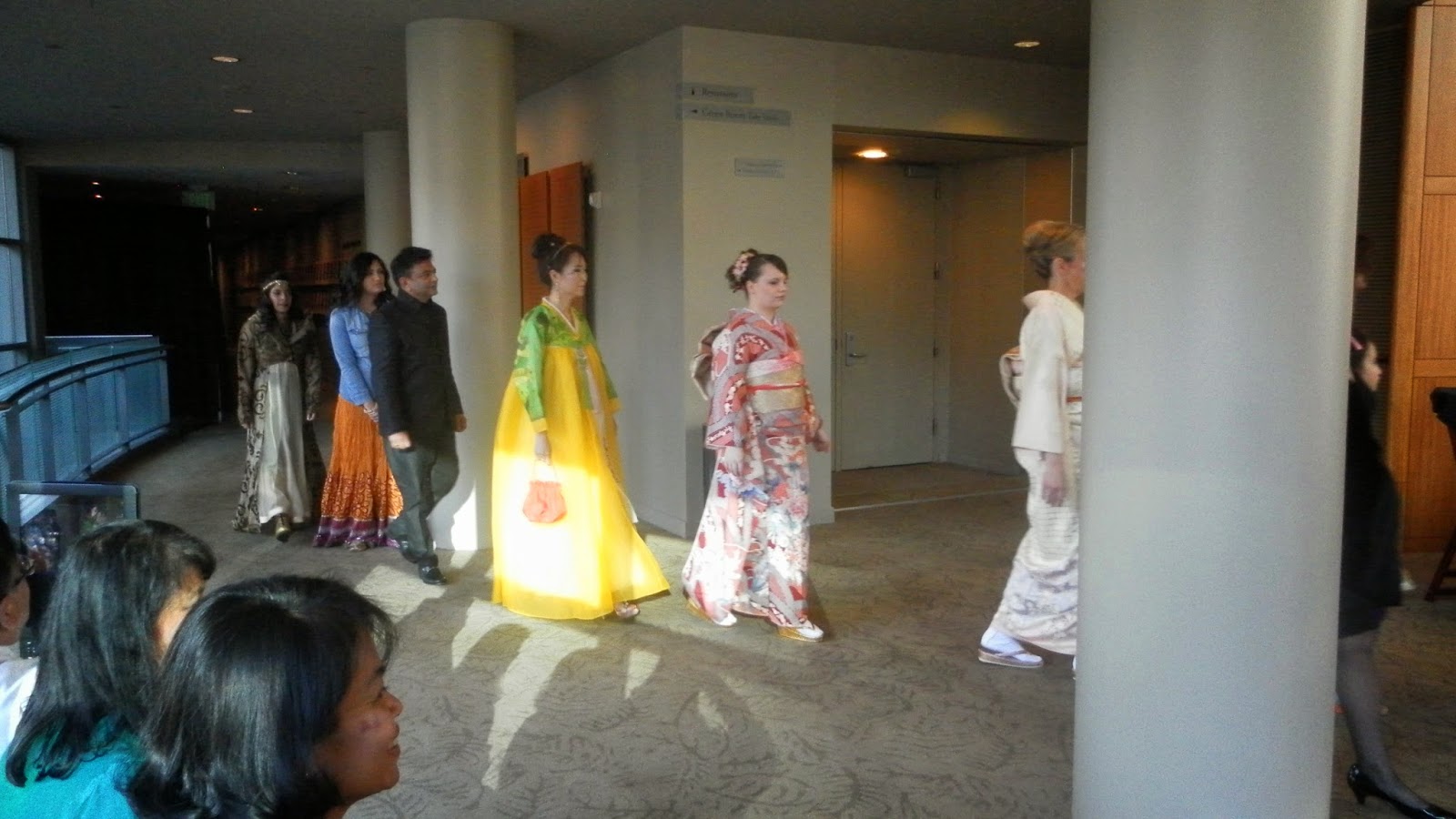 We lined up off-stage and went on in groups representing each nation, and displayed our costumes while the MC described our dress.

First up was Indonesia: 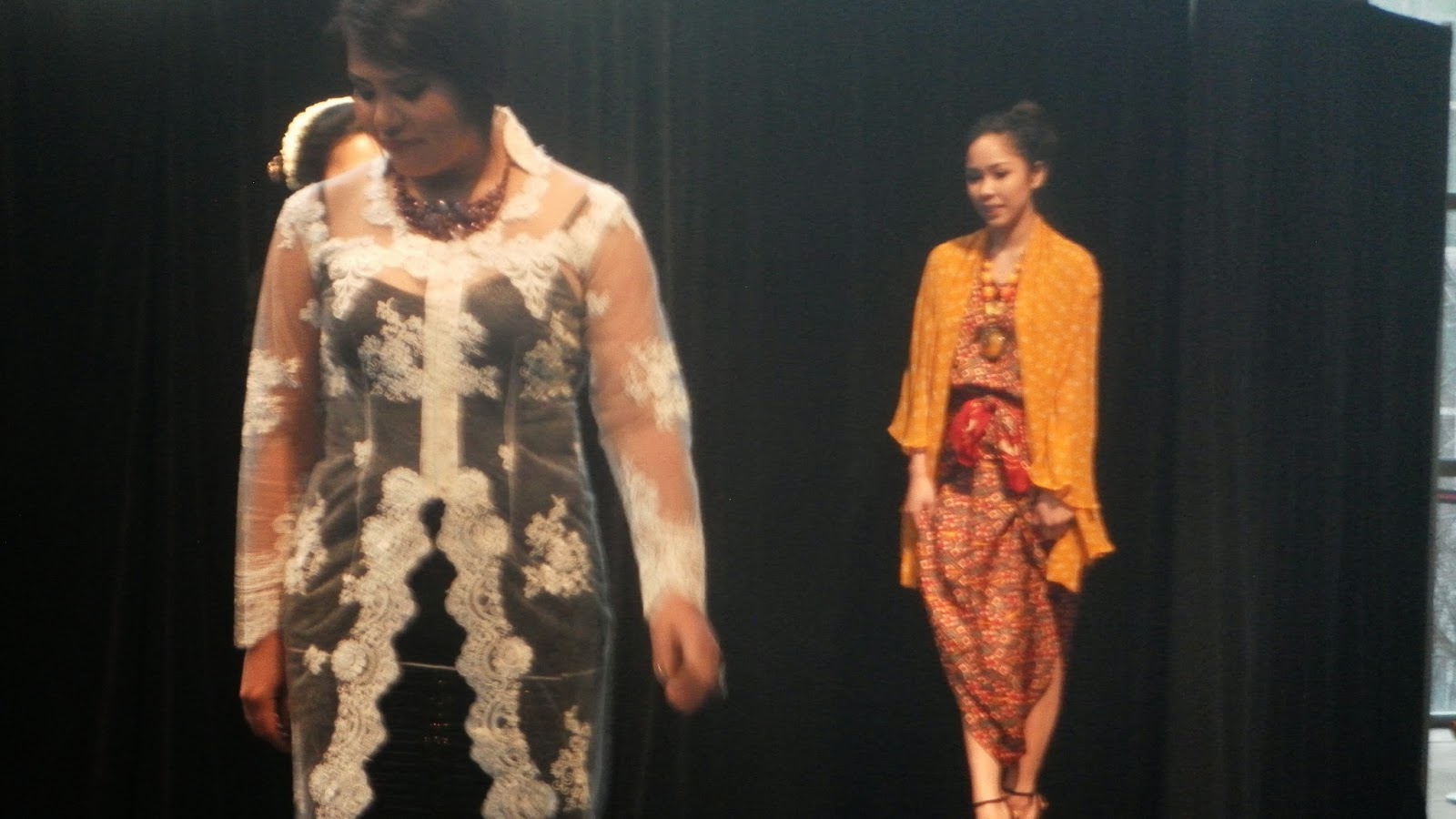 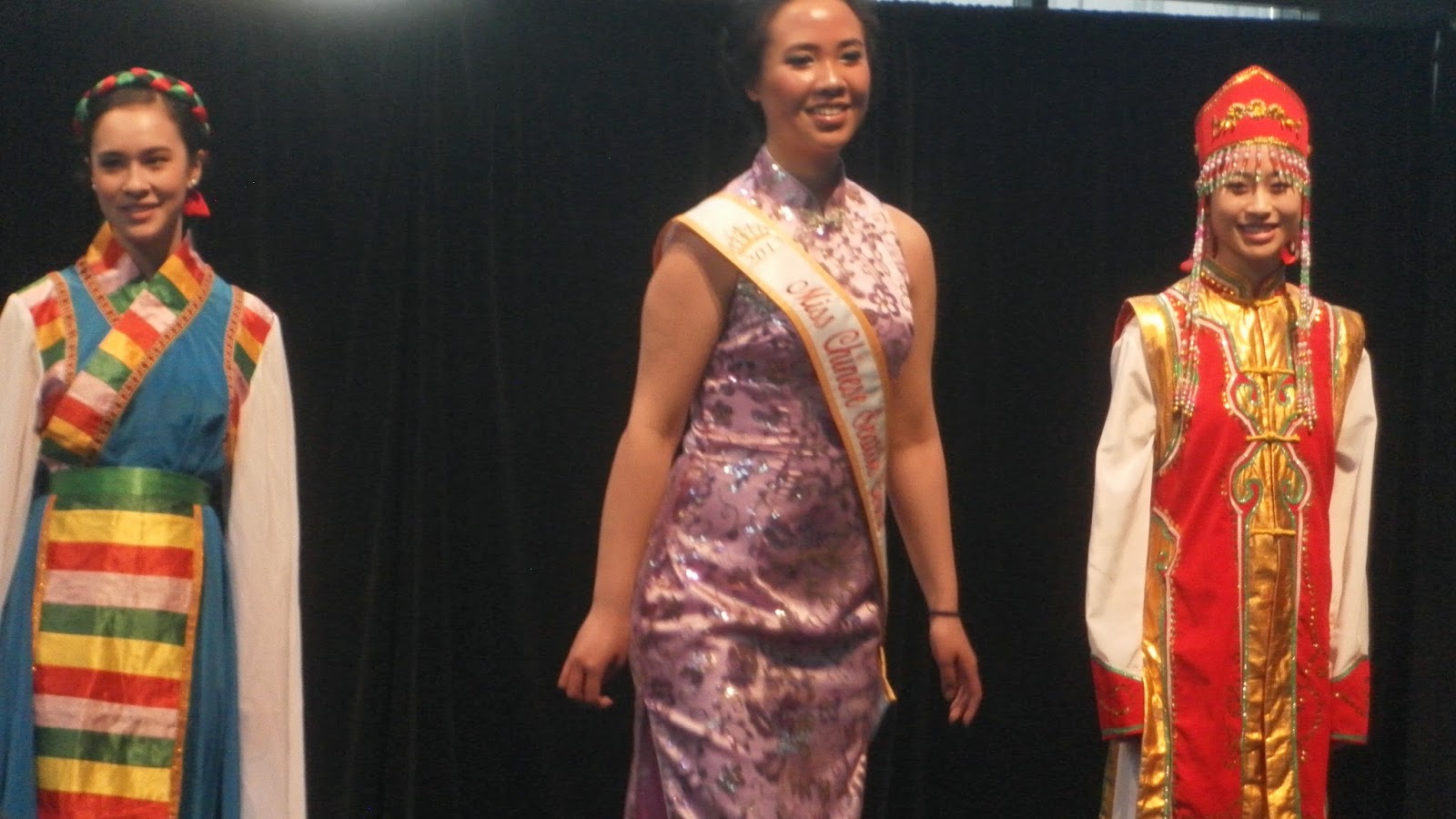 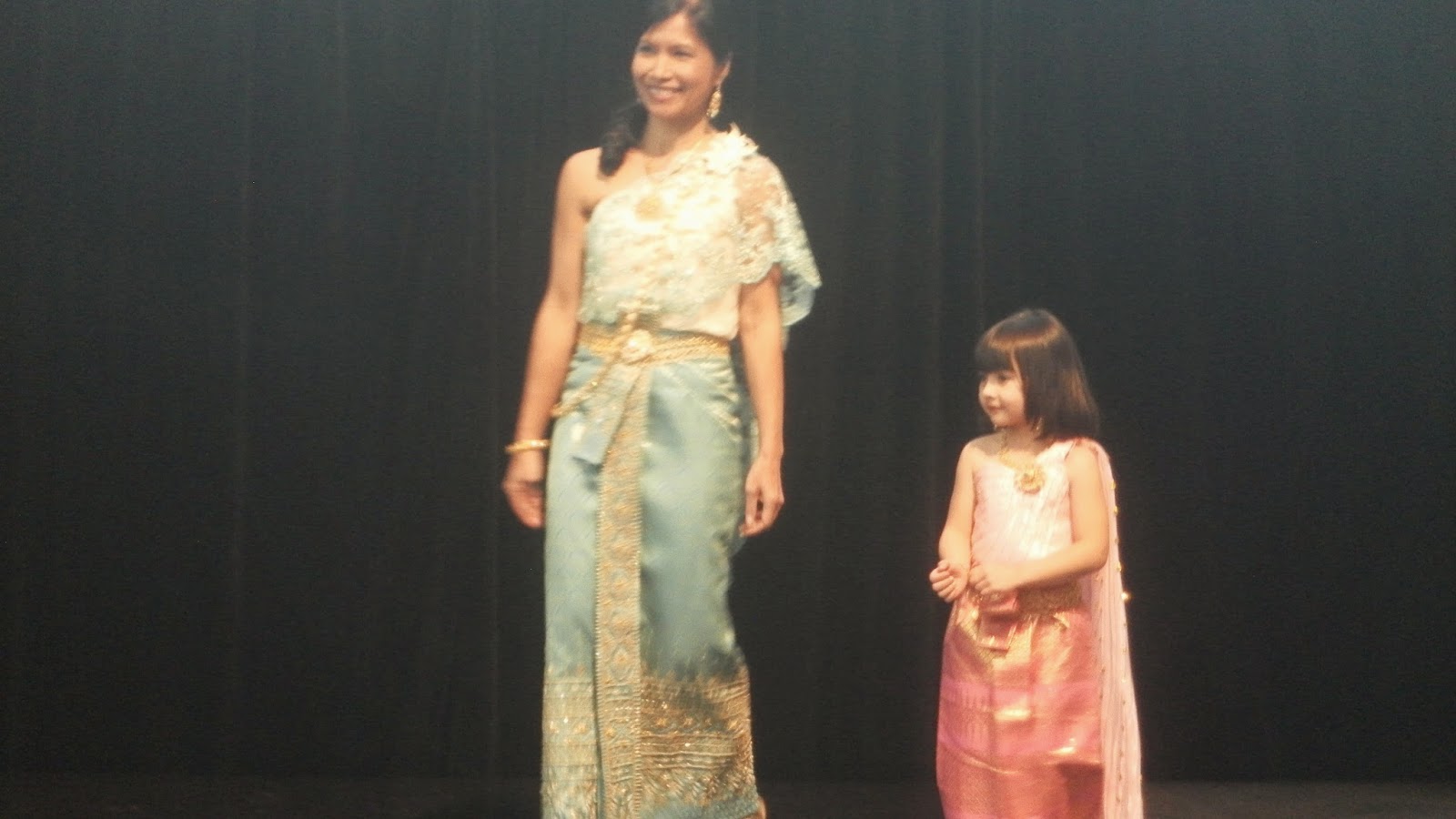 For Japan, we had two adults and two children. Linda and her two daughters went first: 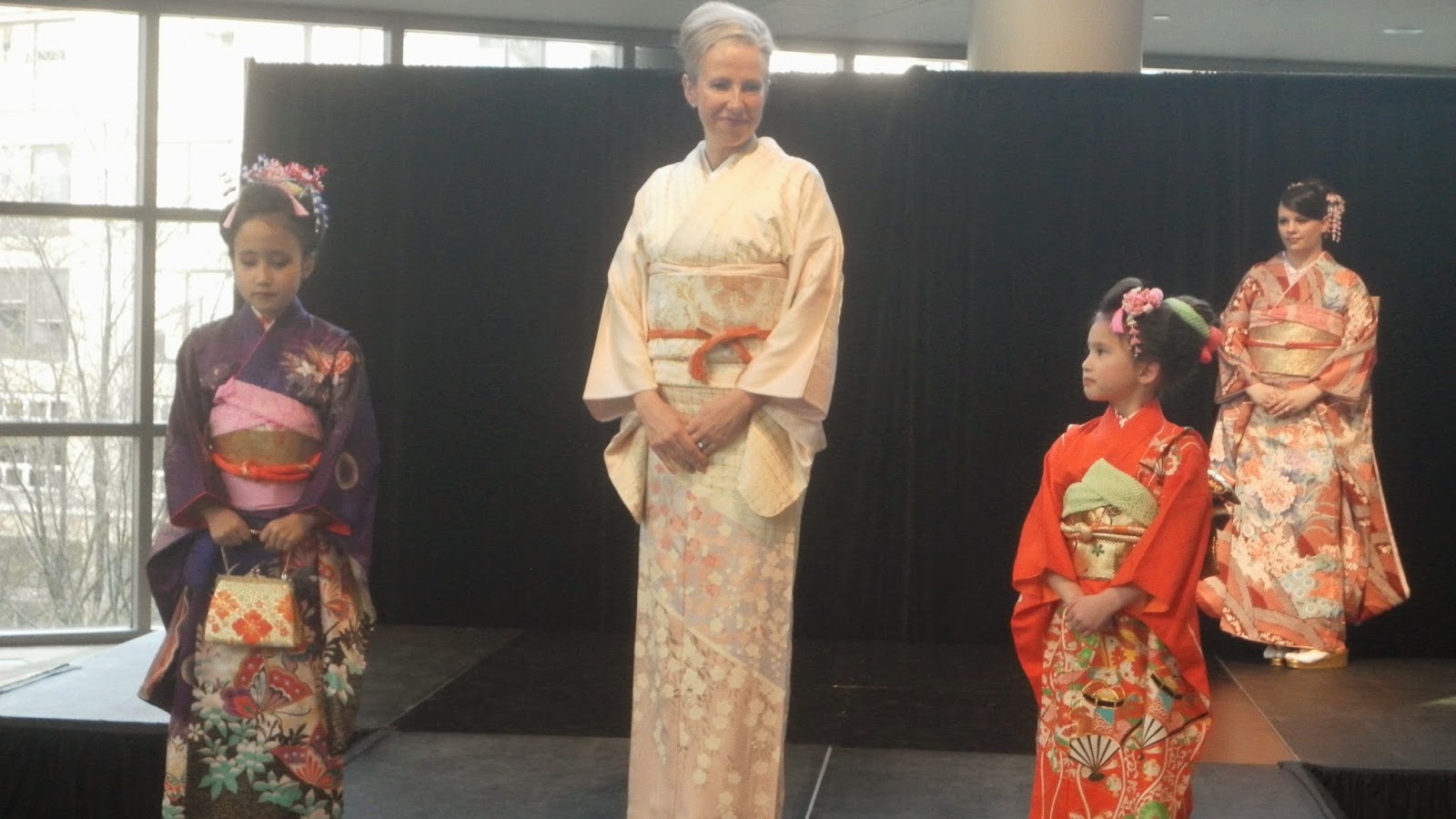 The spent the entire day getting dressed up for the event, the girls patiently getting their hair done in Nihongami style at a Japanese hair salon, and professionally dressed at a newly opened kimono studio, Kimono Art. The MC explained Shichi-go-san, as well as the patterns of their kimono. 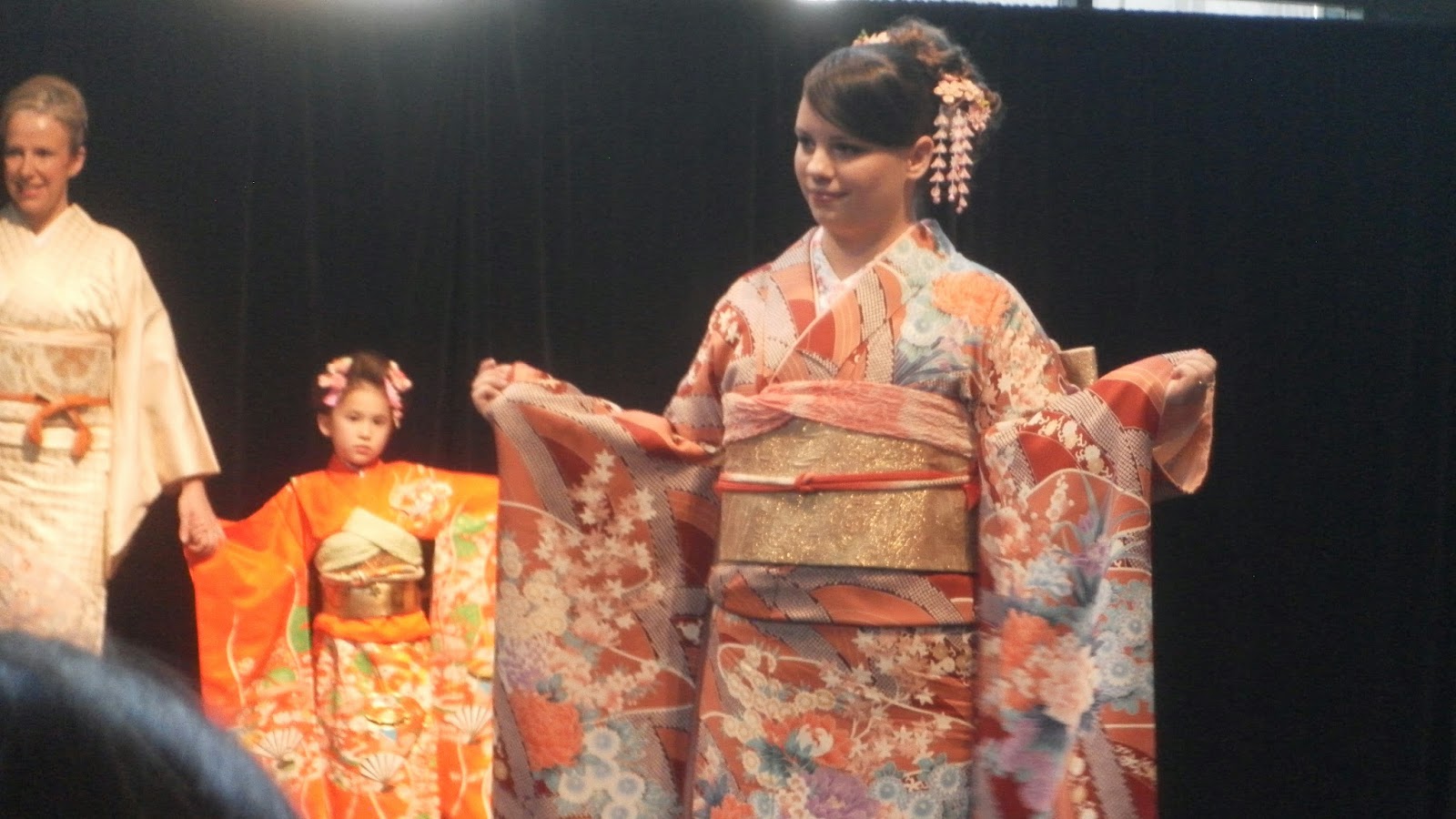 My description was of the longer sleeved furisode for unmarried women, and the name of my obi musubi. 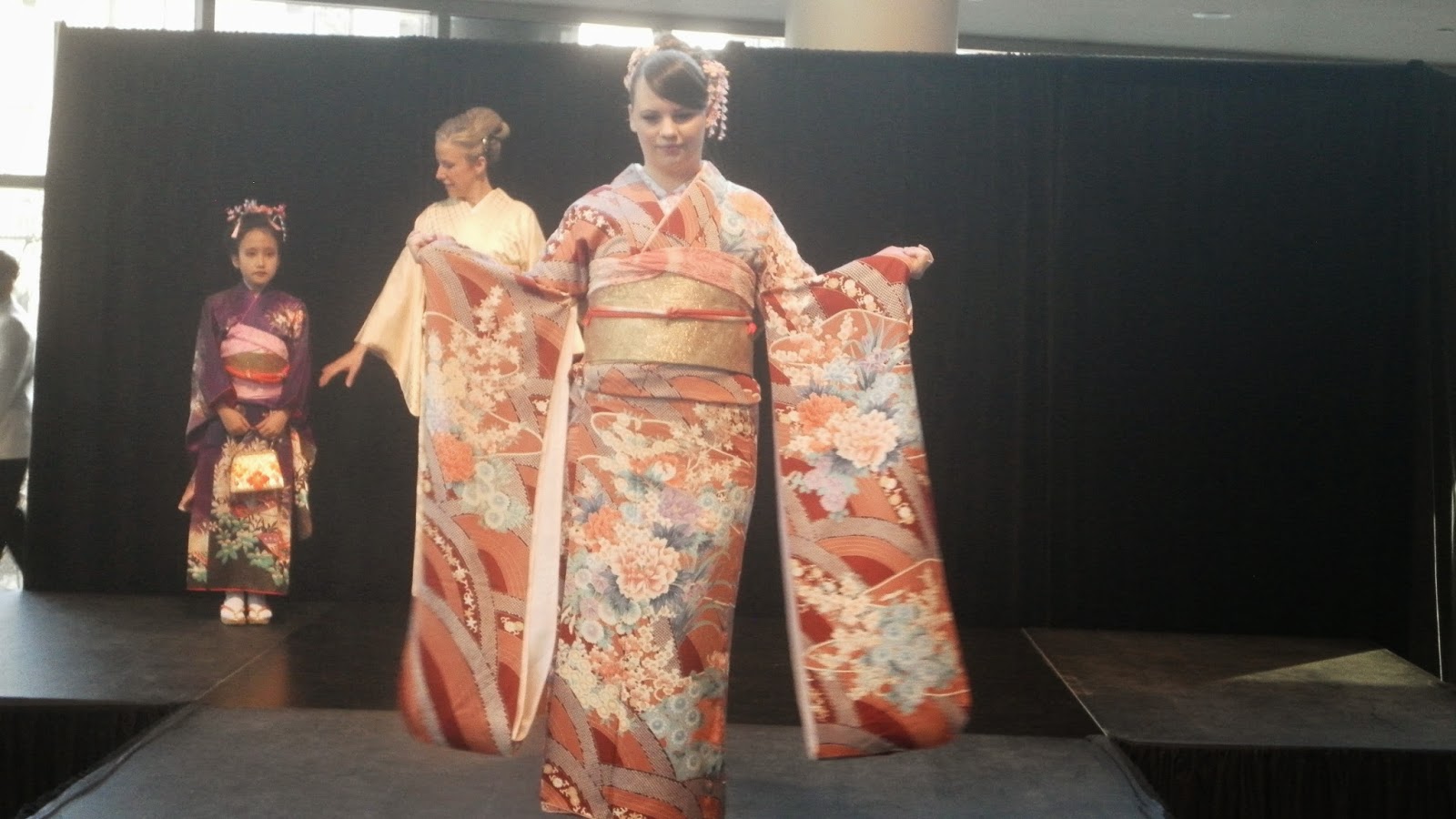 Next was Vietnam, don't they look stunning!: 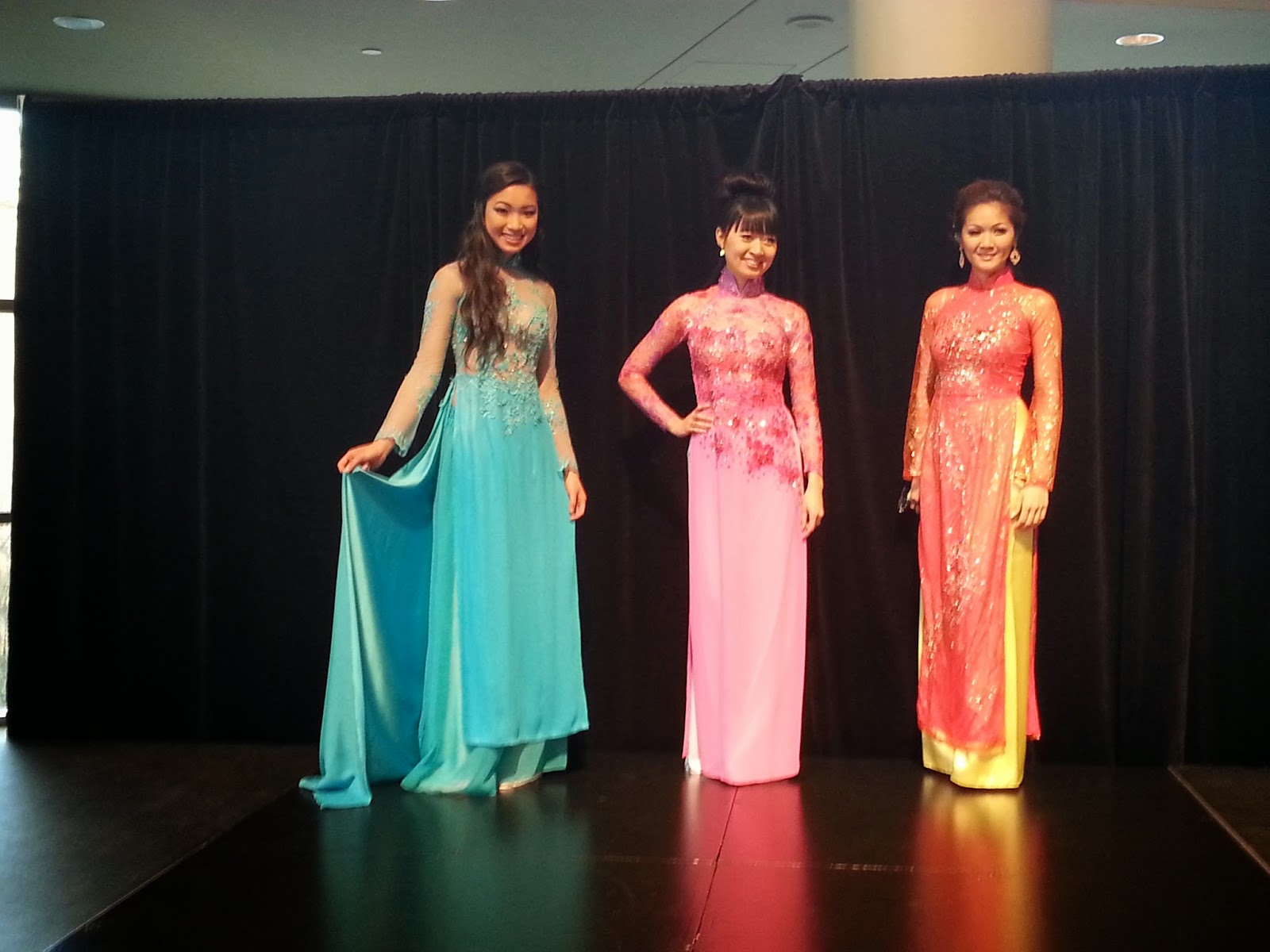 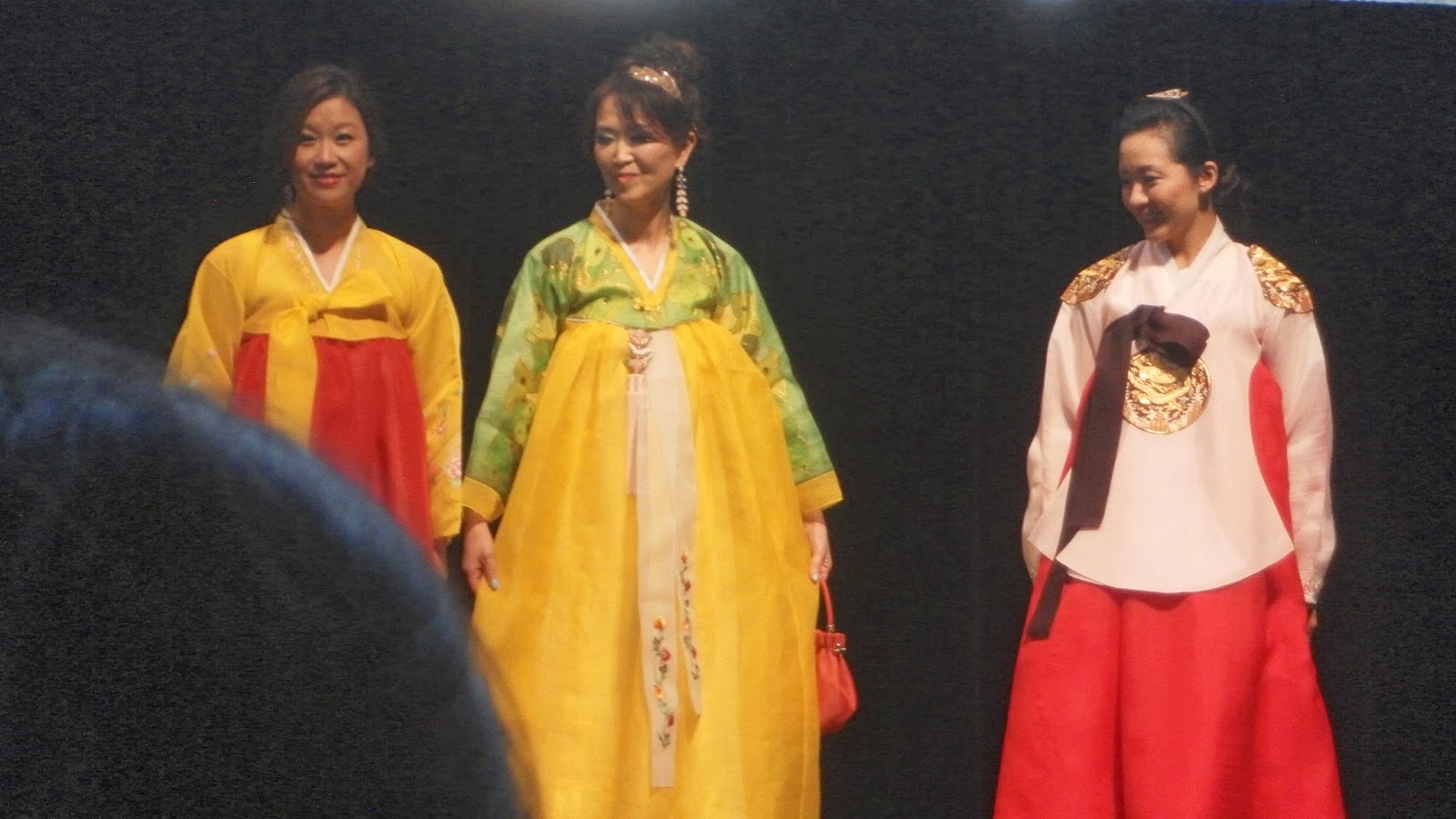 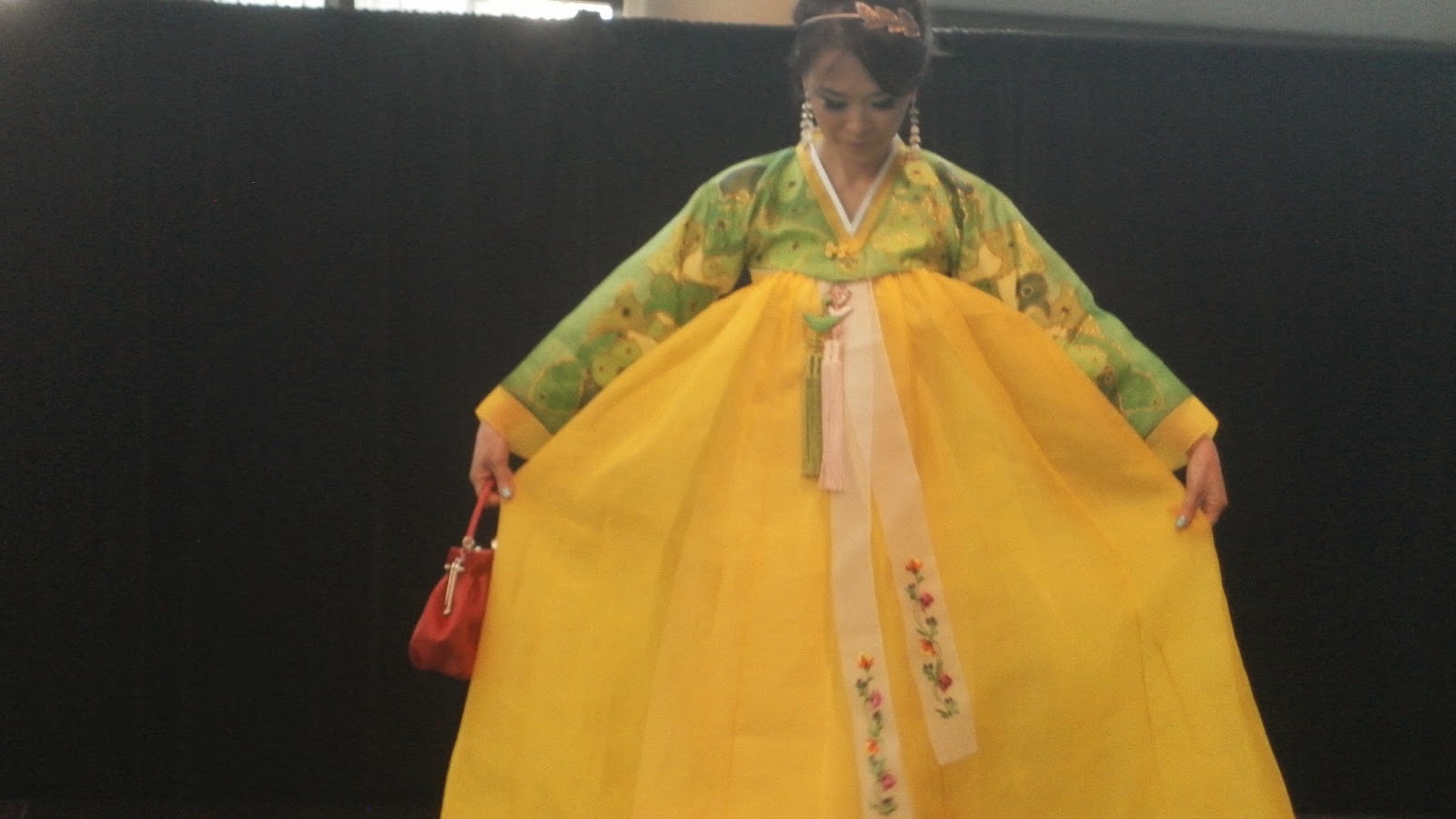 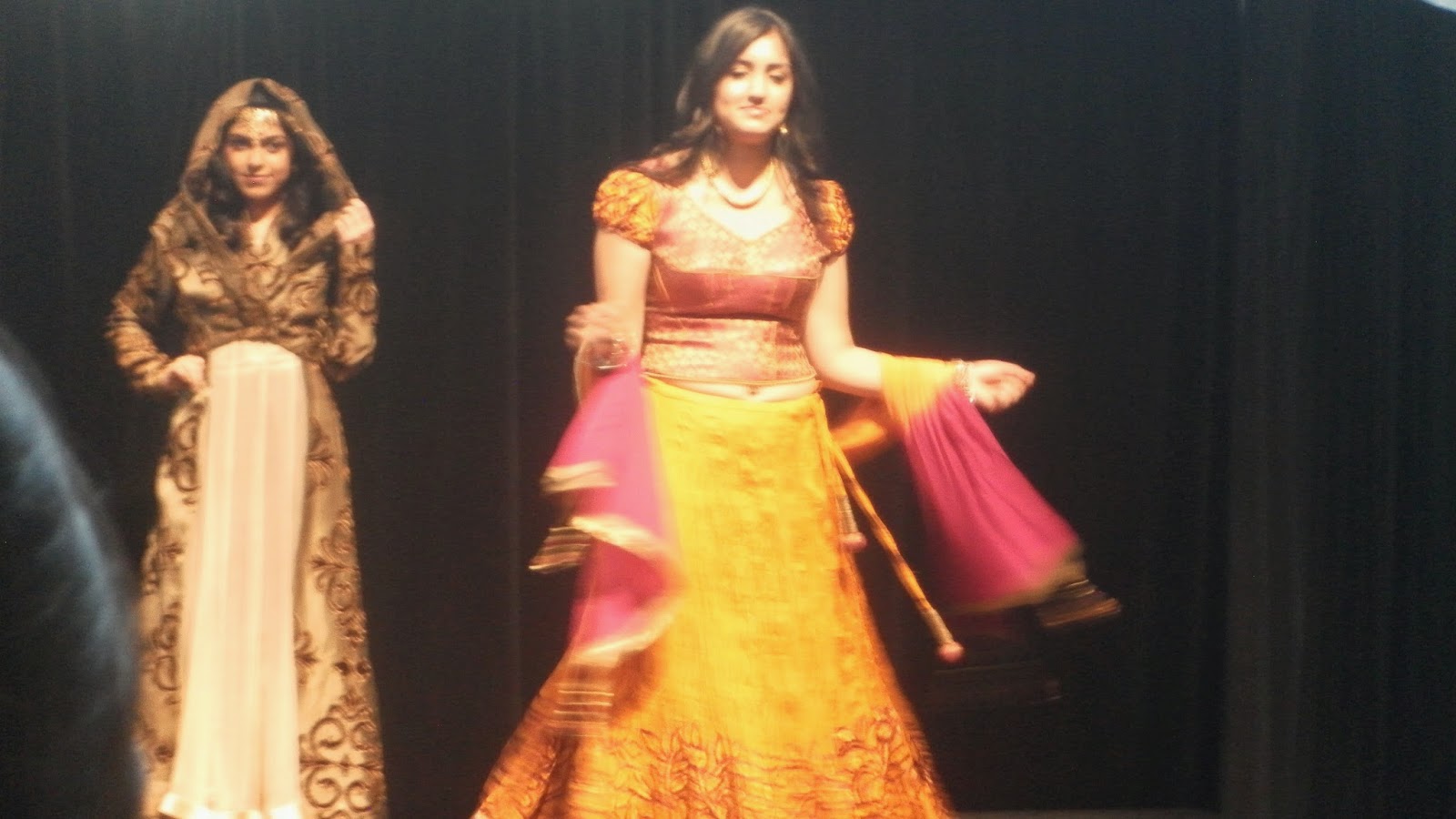 There was also dress of the Philippines, but we were not able to get an unobstructed picture. You can see an example of Miss Washington Teen USA in this group photo as we rehearsed lining up on stage: 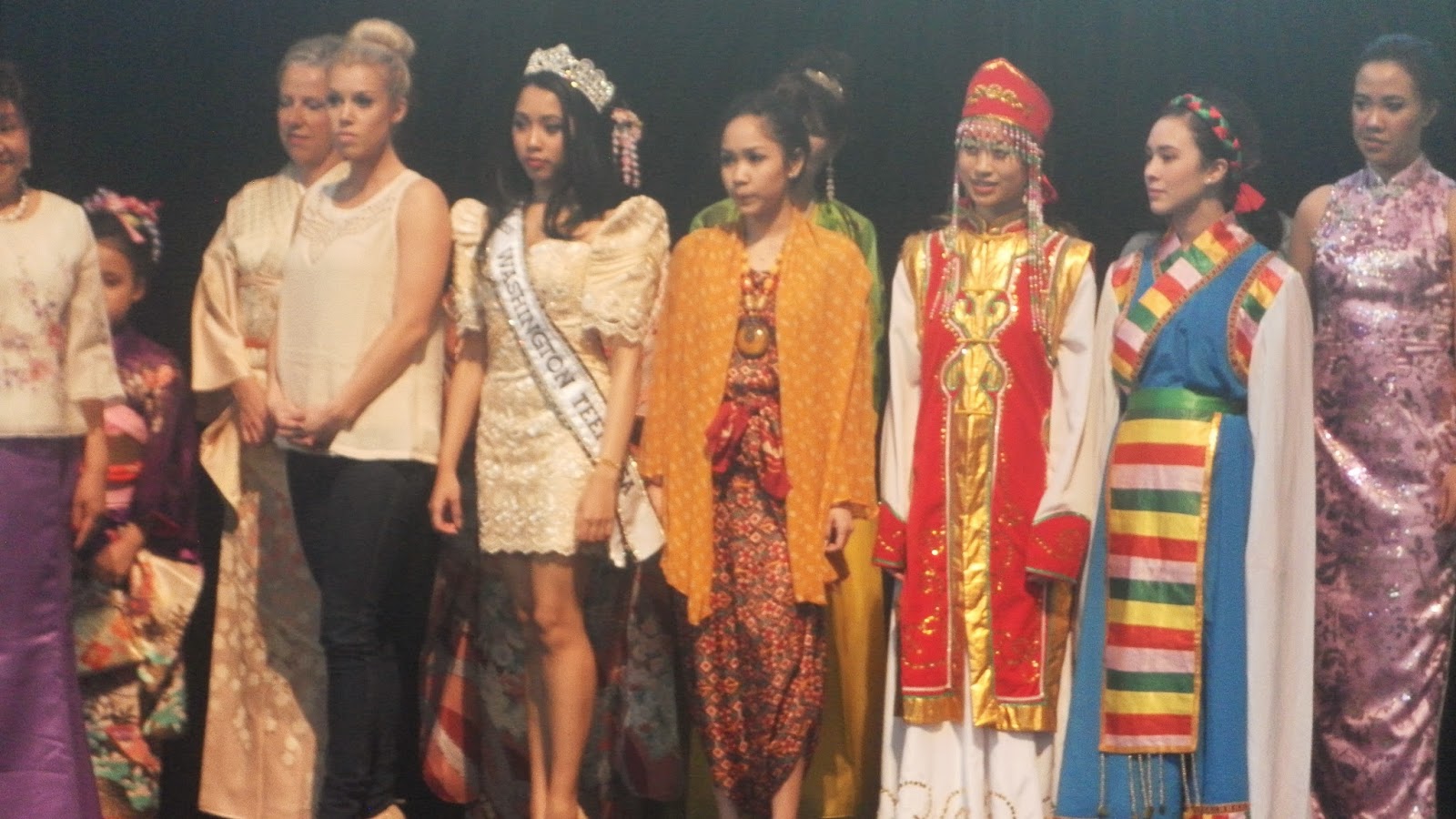 After the pre-concert shows, the doors to the concert hall are traditionally opened after a Chinese lion and dragon dance. The dancing lions lead the concert-goers into the concert hall. This year was rather fun, because I got to be upfront in the crowd and the lion dancers get right up in your face and pretend to play with the guests, and wag their "tails". It was pretty adorable just how much the dancers can emote through the costumes. Unfortunately they move really fast, so my camera couldn't keep up! 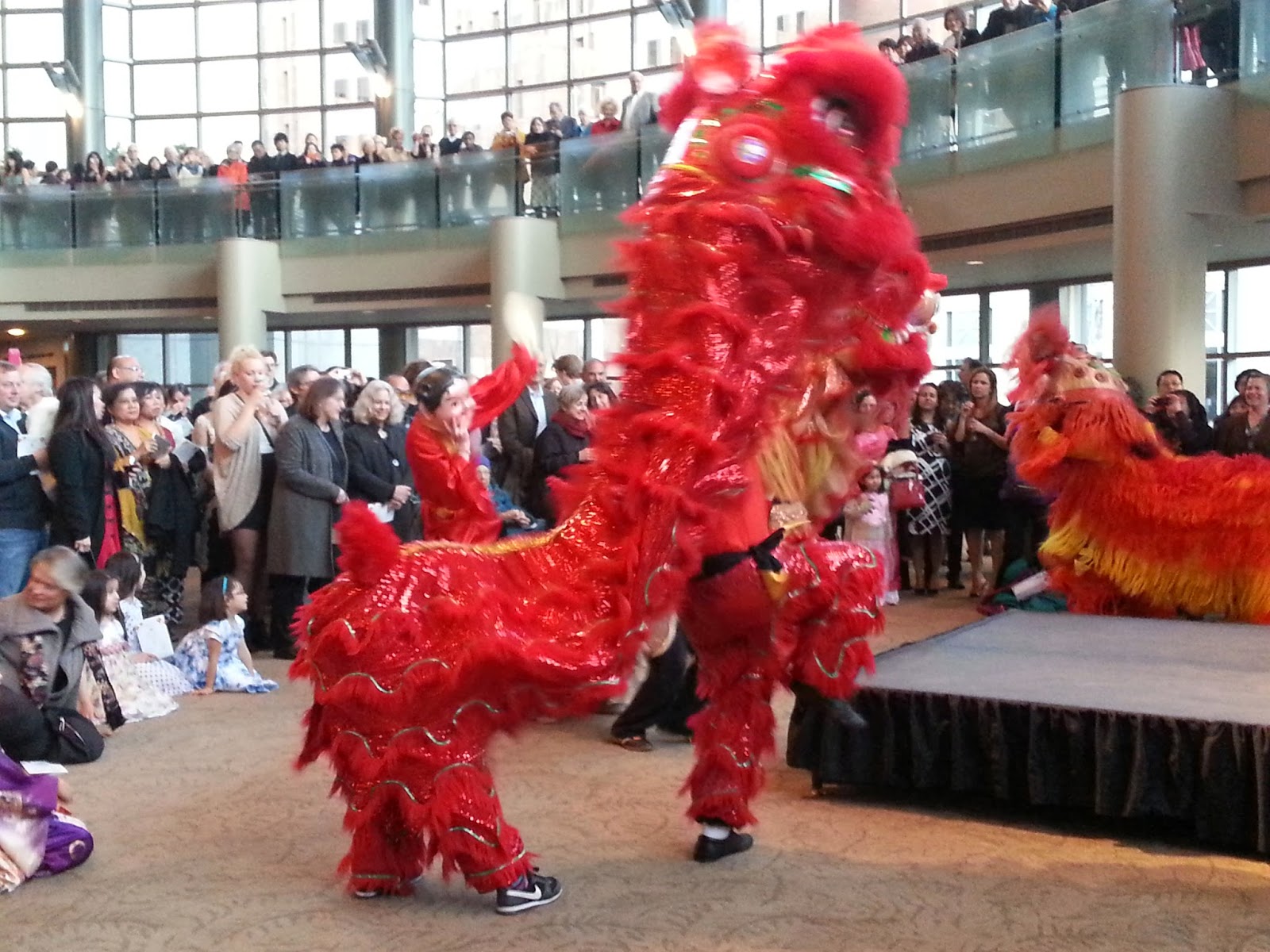 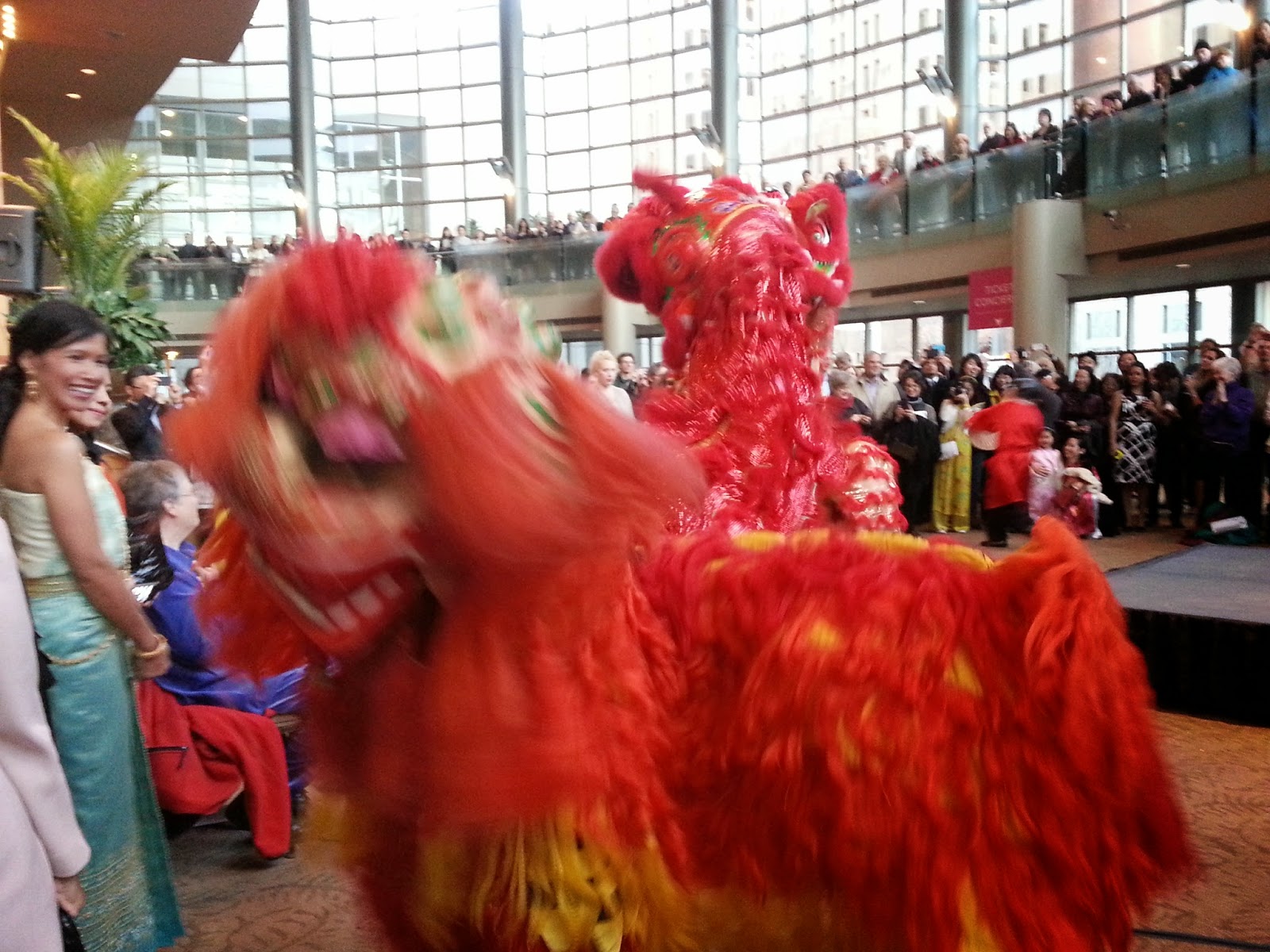 This one later laid on the ground and wiggled its tiny tail like a happy corgi. He also tried to eat my head, maybe he was licking me! 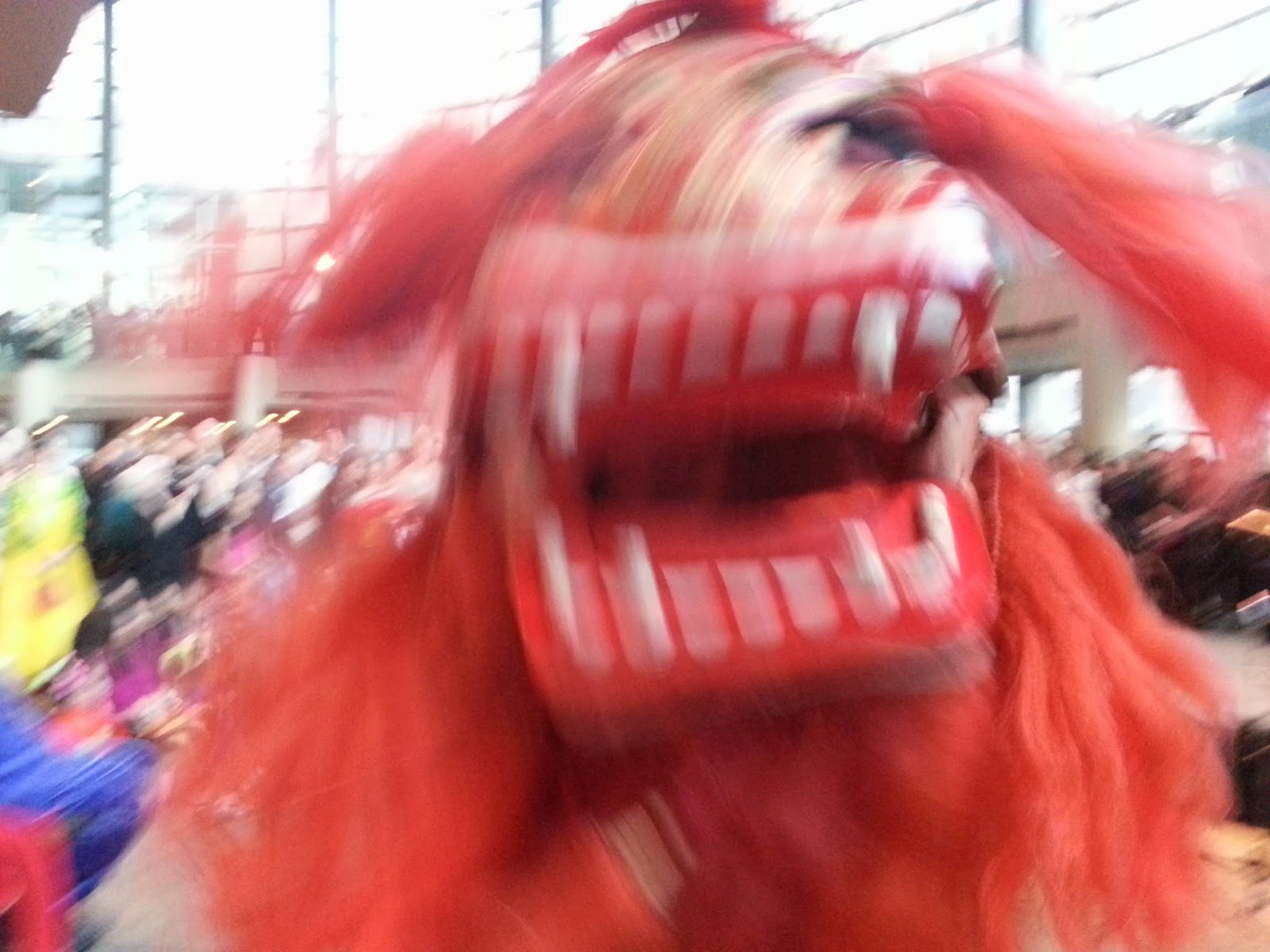 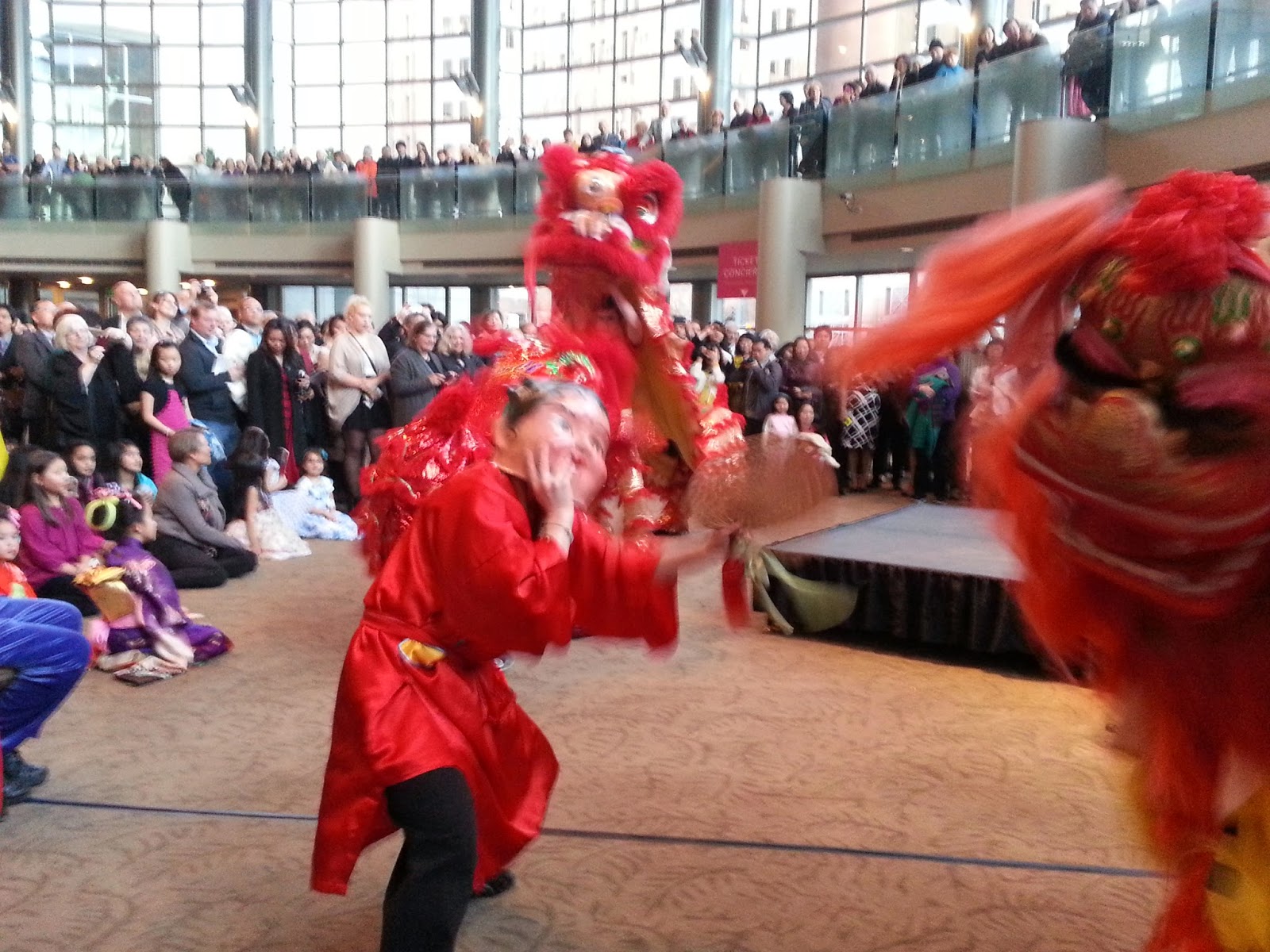 Thankfully Dai Tau Fut came and lured the beast away with his fan. 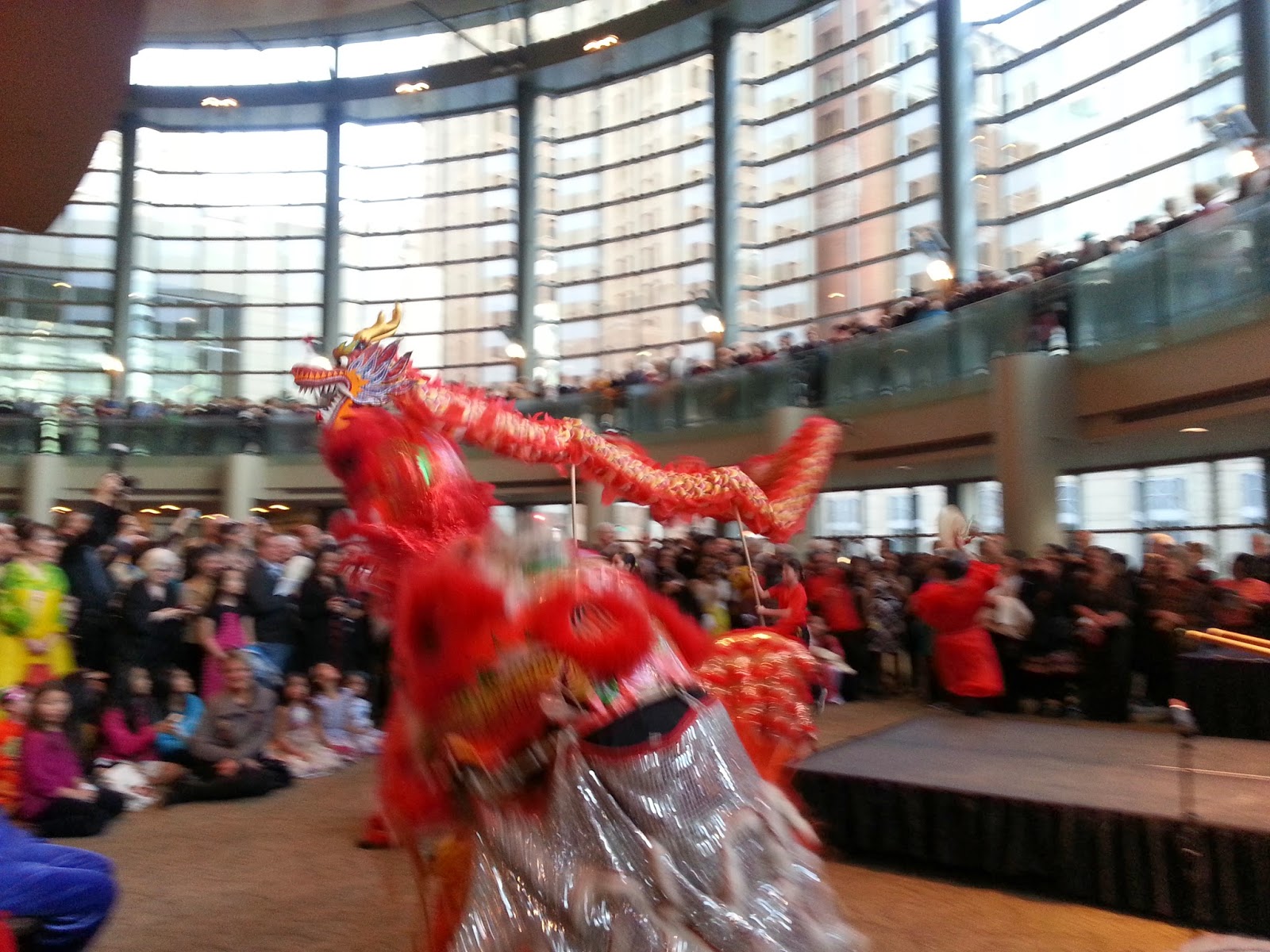 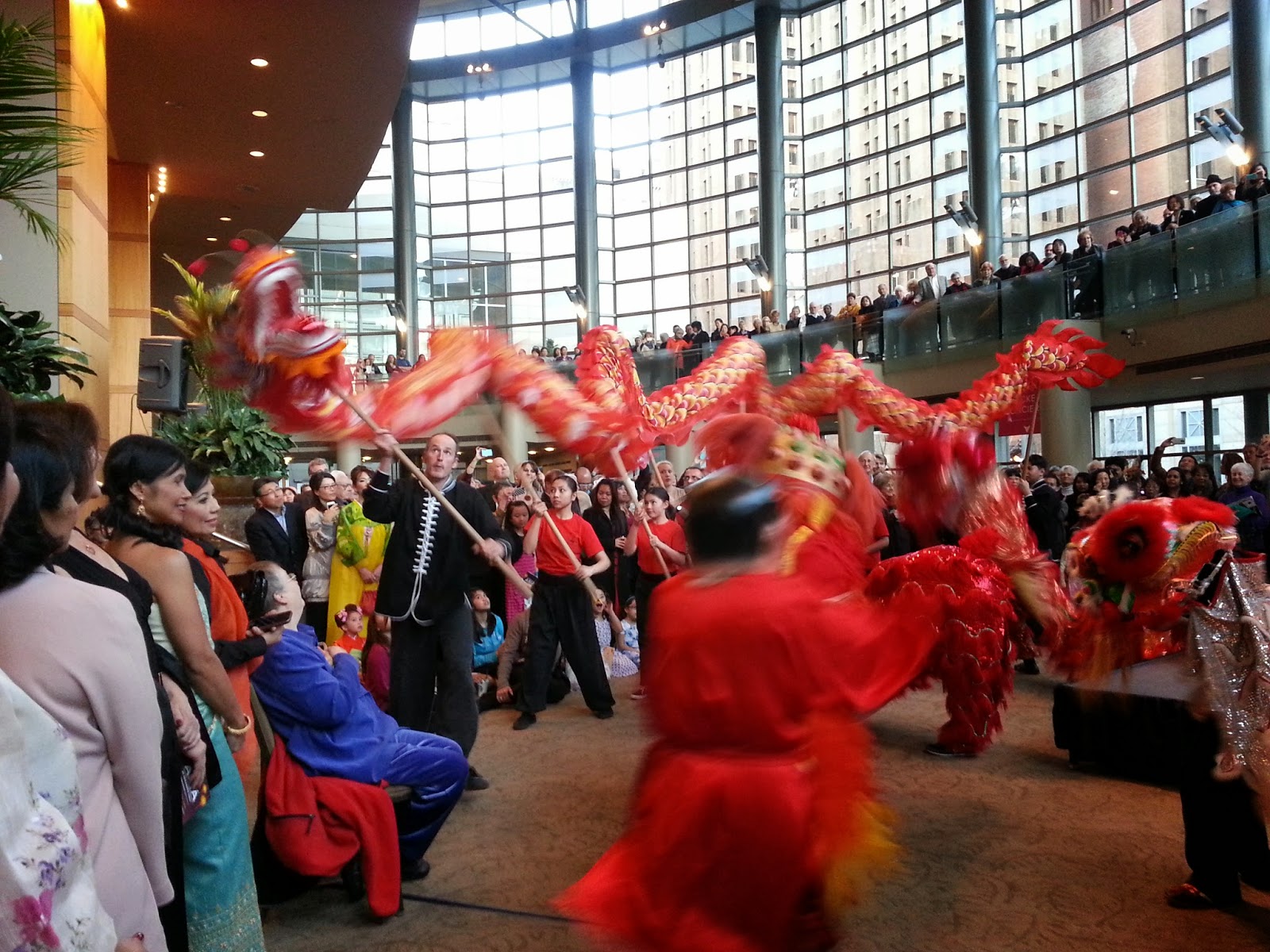 Here are some candids and group photos from the night! 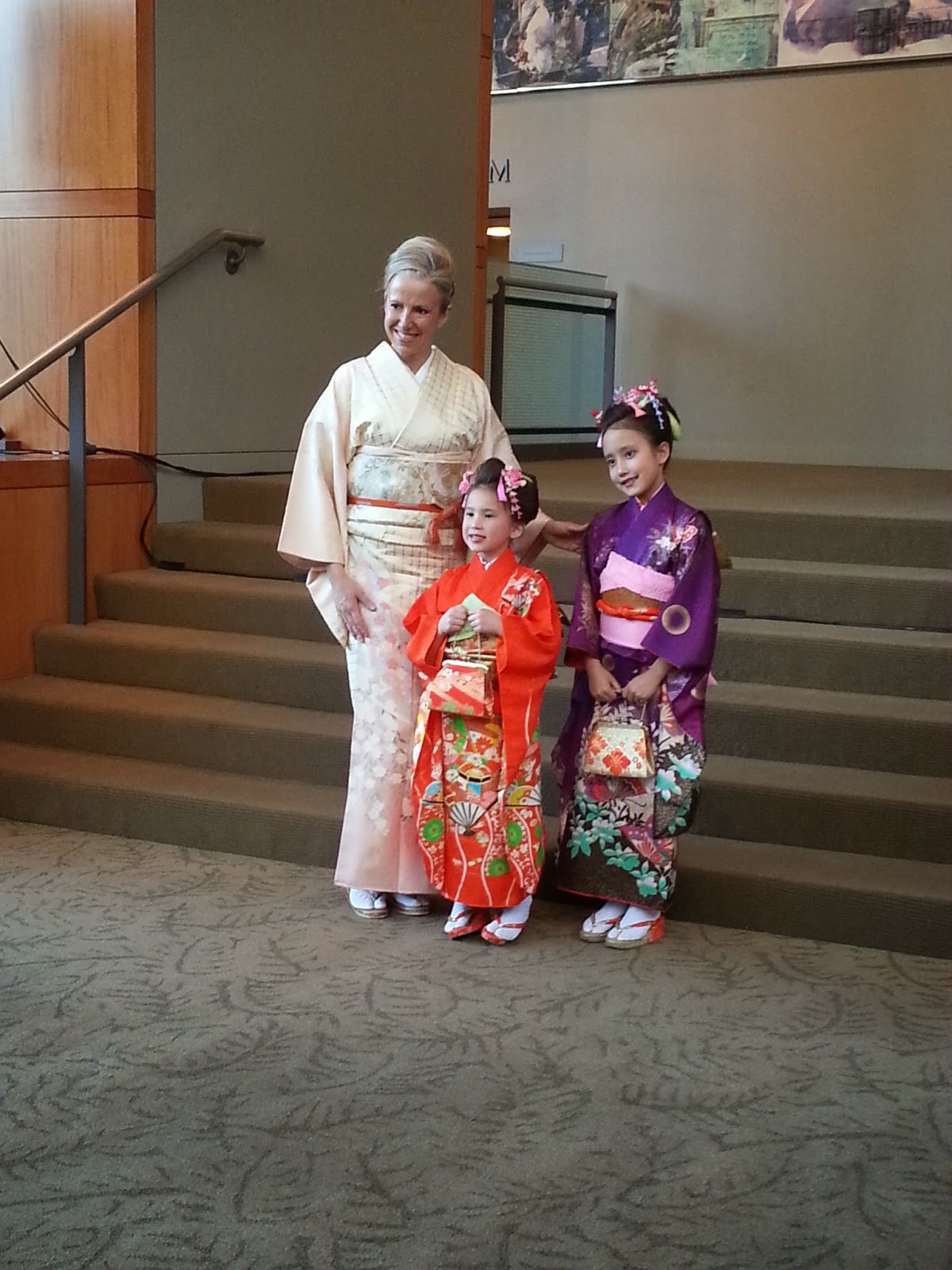 Linda and her daughter look fabulous!! 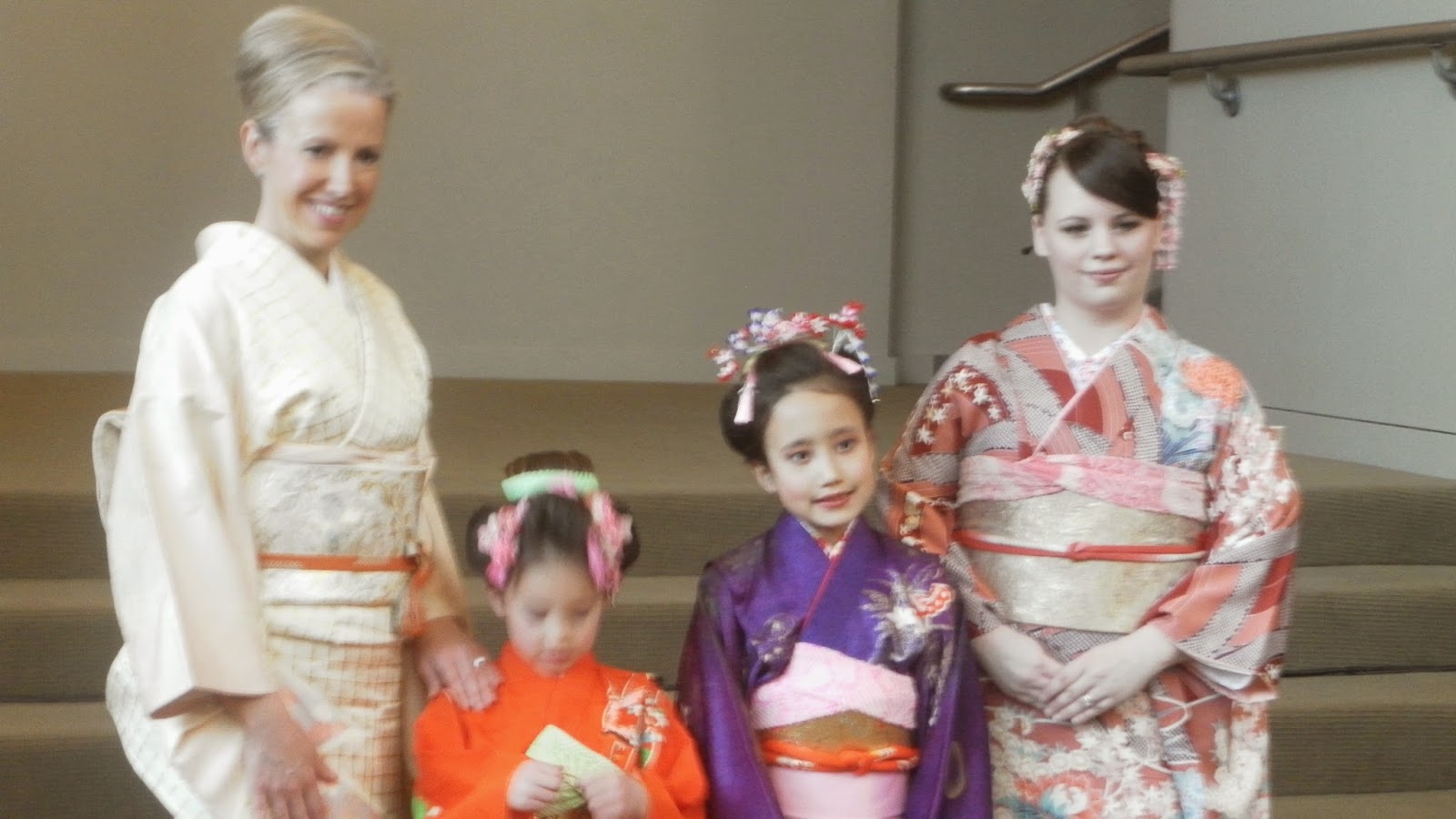 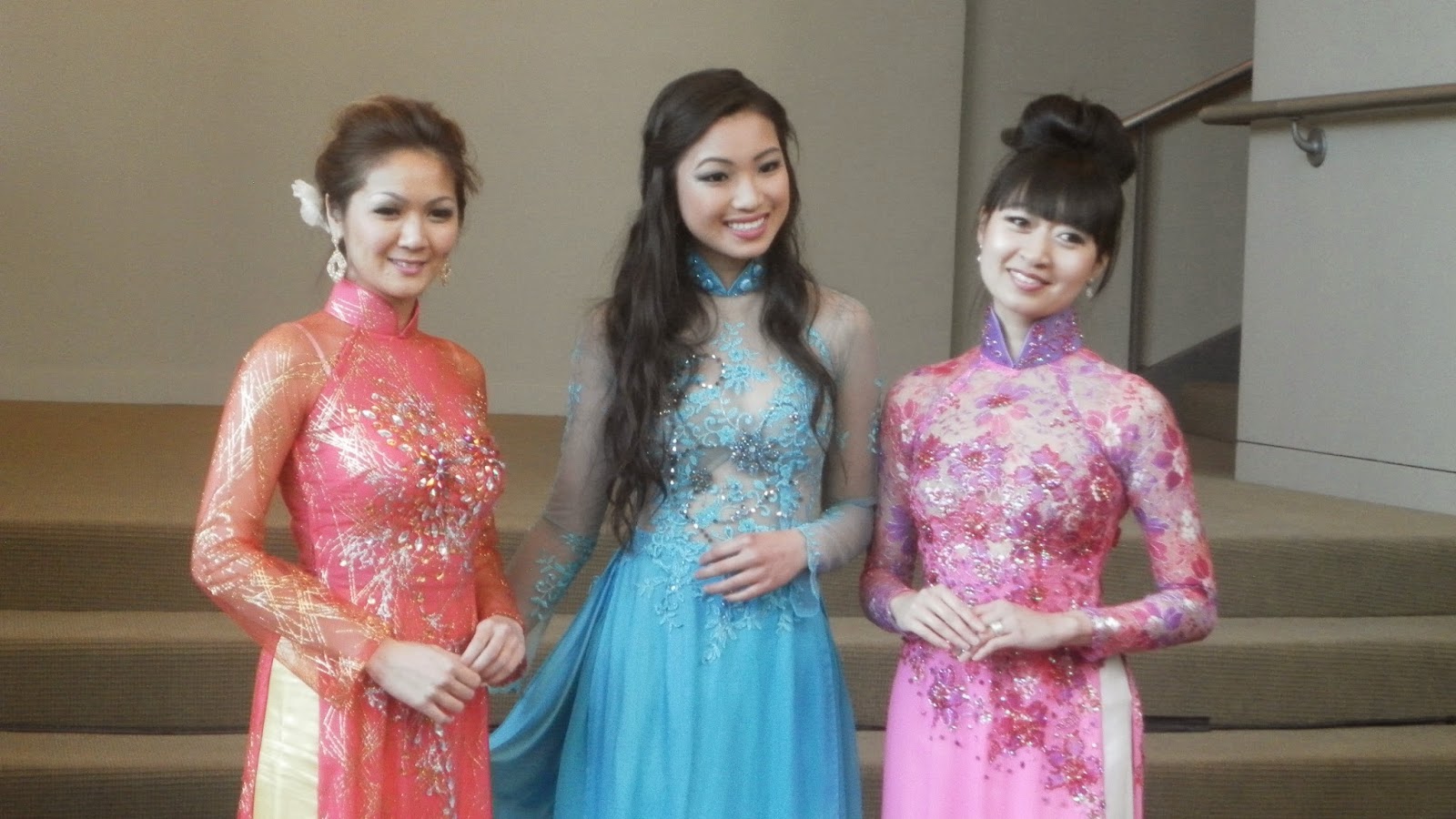 We tried to get a group photo of everyone in kimono, but kept spotting more and more ladies to beckon onto stage. 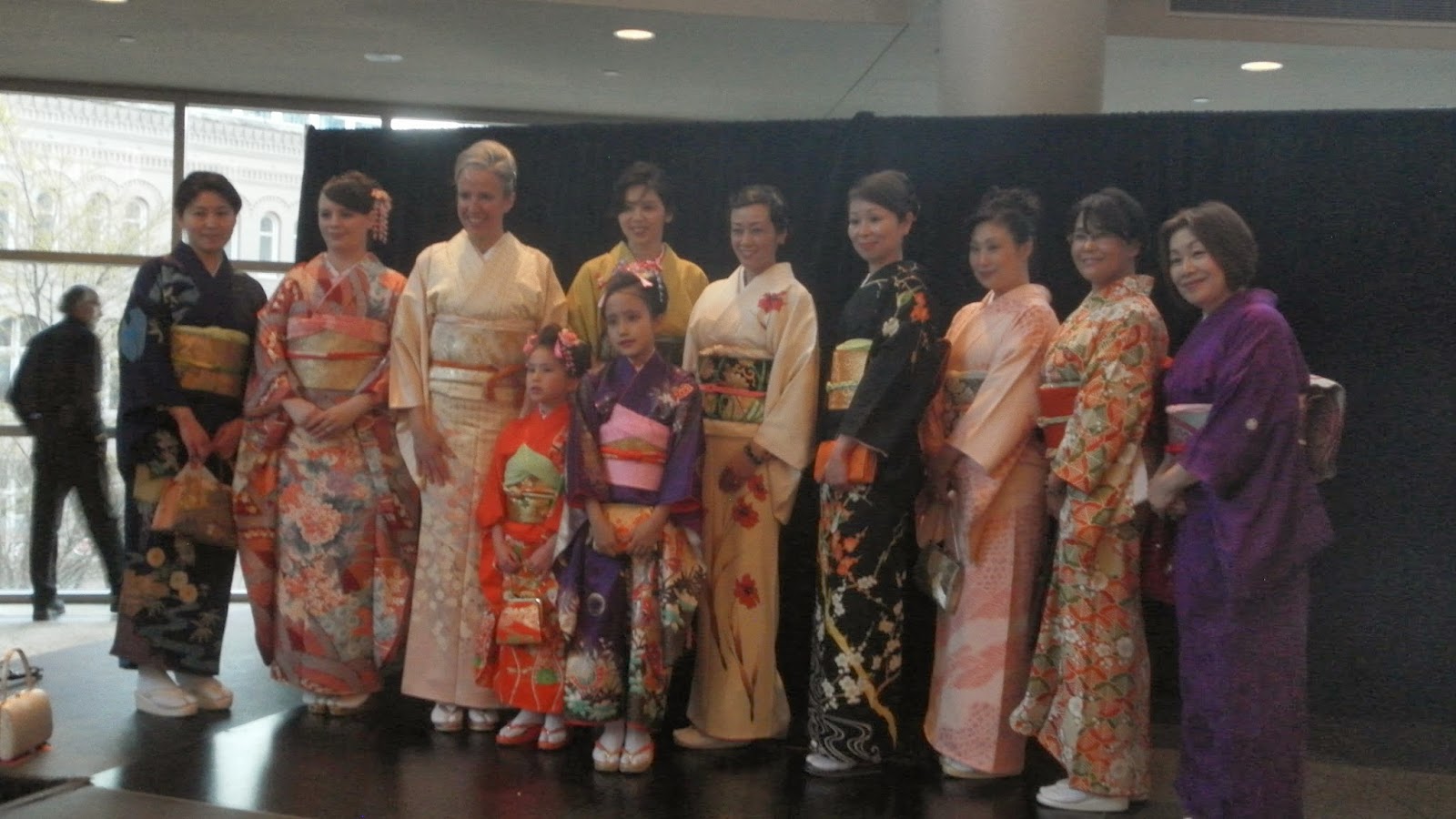 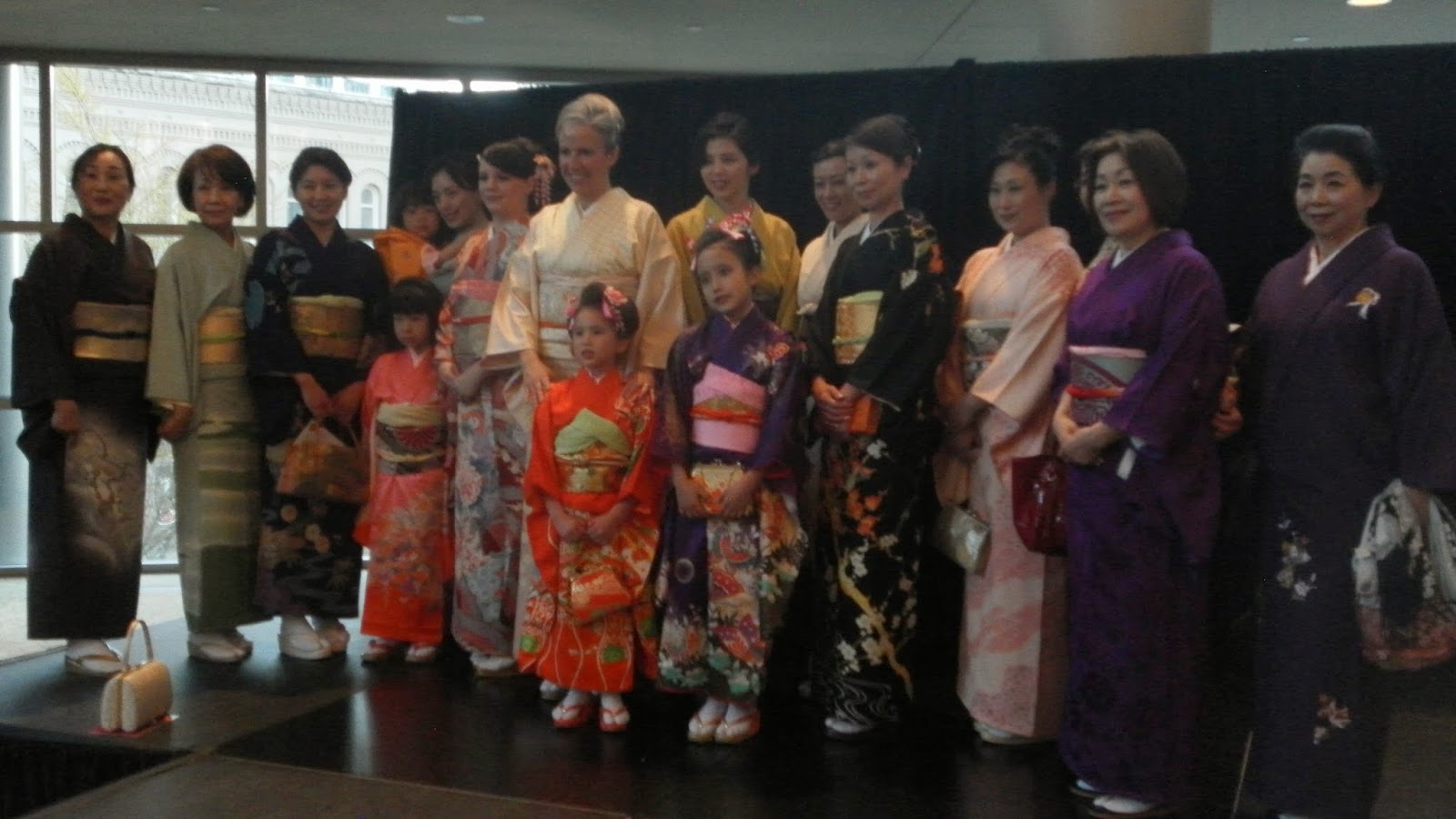 The group eventually grew larger than this, but we ran out of time!
Posted by Amanda at 6:43 PM