Today my family visited the Seattle Japanese garden for the Tanabata festival!

The Japanese garden had set up several bamboo trees full of origami and tanzaku wish strips. I made a few origami ornaments at home and brought them to hang on the bamboo. 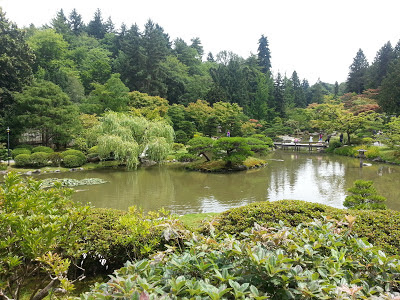 The Japanese garden is of course very beautiful! It is a very peaceful atmosphere, and thankfully today was not too hot. My favorite part, of course, is hoping across rocks to cross the streams. I don't know why, maybe I feel like a kid again! 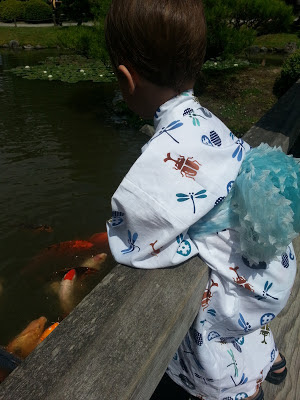 We spent some time on the bridge, feeding the koi fish and turtles.

Bryan made friends with a lone koi fish. The fish swam up very close. I worried that Bryan would try to get in the water and pet the koi. I stopped him from poking it, the koi fish seemed rather sad to have missed the opportunity to nibble little fingers. 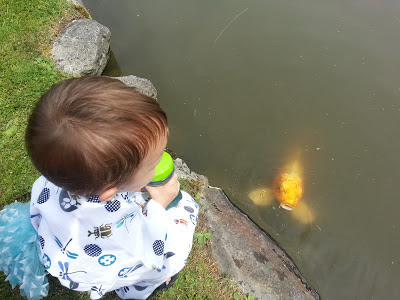 We were with the fish for several minutes, I was surprised it didn't go away when it realized we had no food. Bryan was sad when we had to move on and leave the fish behind. 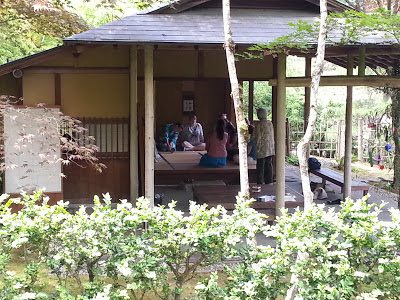 There was a tea ceremony in the garden, but tickets had sold out. I had attended it last year, but I had a hard time sitting seiza....

We wondered off into the garden and found a tanzaku writing station. I could not come up with a good wish to write this year, so my wish was "I hope to make a lot of wafuku this year". I hope this resolution will help me sew more often!
At the tanzaku writing station, I was surprised to see another bamboo tree displayed, including my kamigoromo ornament that I made last year! It made me happy that they kept it! 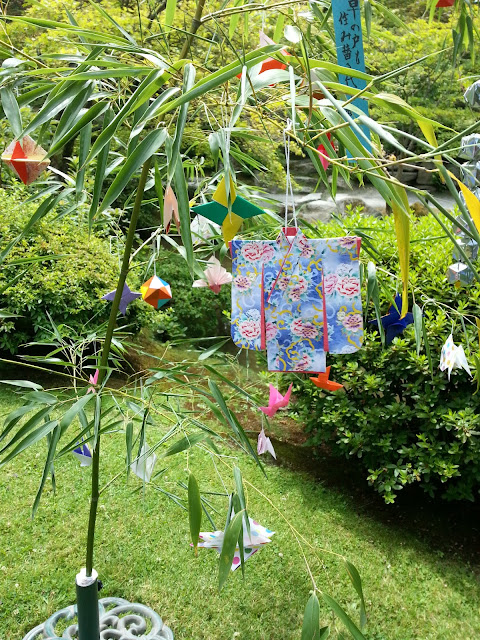 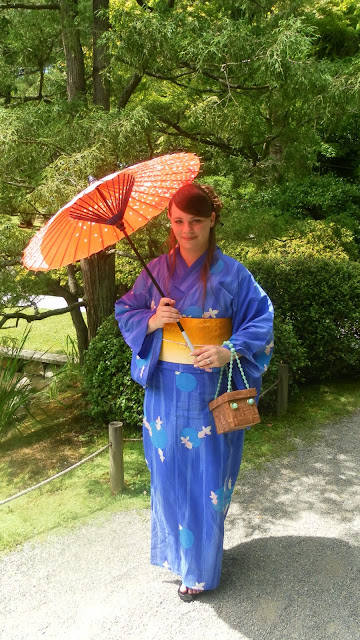 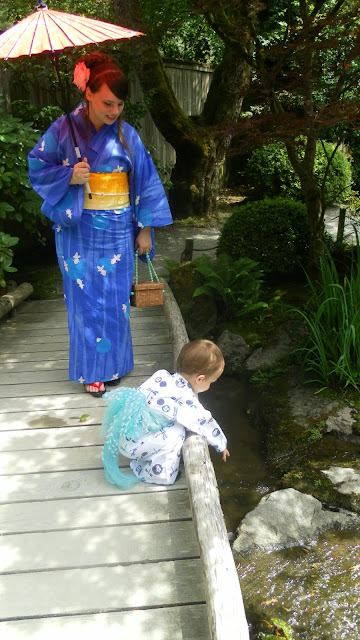