Yesterday was Kodomo no Hi (Children's Day), and today we went to a Kodomo no Hi Festival! The Festival is held by the Japanese Cultural & Community Center of Washington. 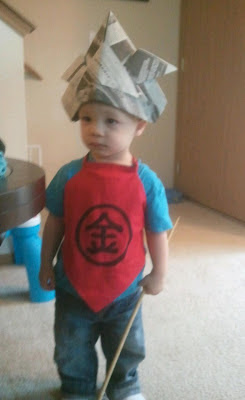 Bryan, ready to go to the festival! Wearing a newspaper origami kabuto, his Kintaro harakake, and with his koinobori toy. 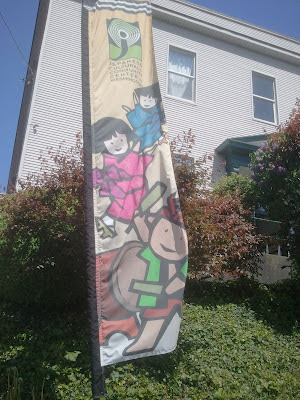 The JCCCW's Kodomo no Hi banner 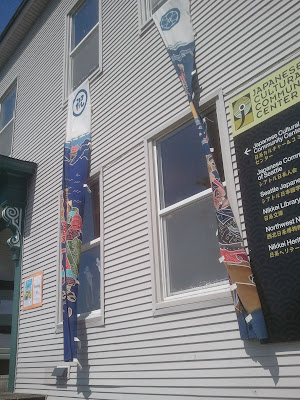 Banners for Tango no Sekku 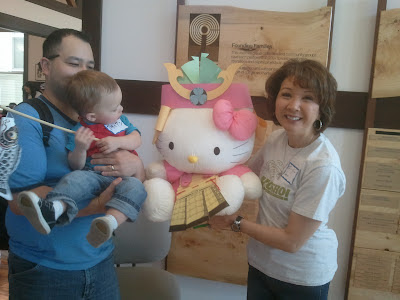 As we arrived at the JCCCW, we were greeted by Hello Kitty wearing paper yoroi armor, and Lori Matsukawa, co-anchor of Seattle tv news station, KING 5 News. Bryan was interested in what Kitty was wearing. You will get paper yoroi too, Bryan! 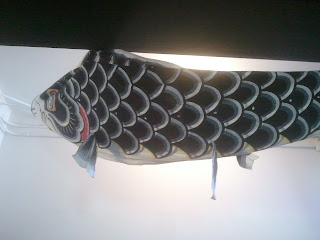 There were many koinobori hanging everywhere. 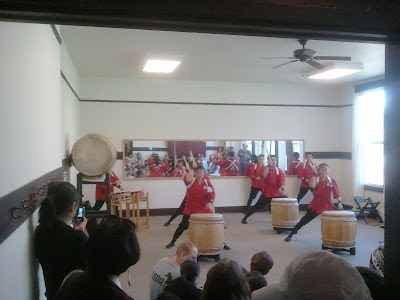 As soon as we arrived, Kaze Daiko began playing in a small room. It was very crowded, but we managed to watch from the hallway. 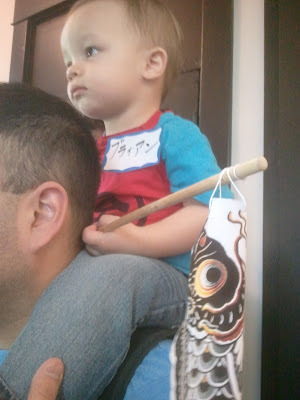 Bryan watched the taiko drums from on top of daddy's shoulders. 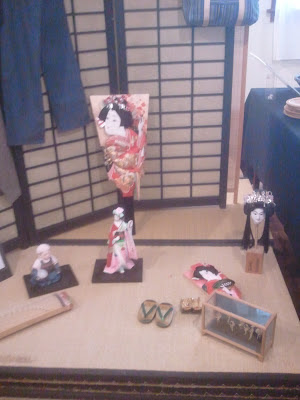 There were several displays and activity stations for the kids. 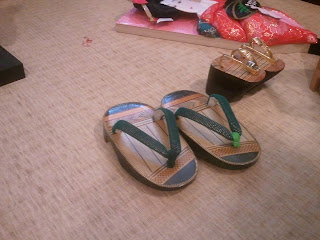 These look like they would fit on Bryan's feet! 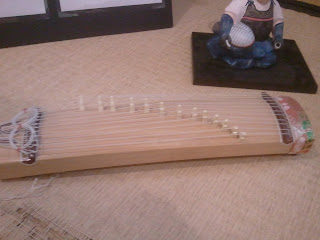 A miniature koto? It is very small. I don't know enough about instruments to know if this is a toy or a real playable instrument. Regardless, the small size makes it very cute! 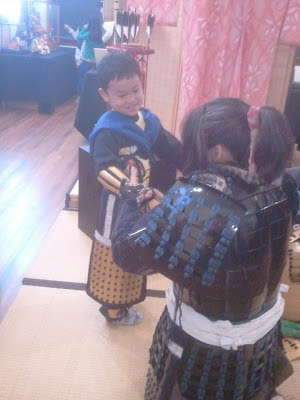 Children could try on a set of yoroi, samurai armor. My son is too small, but this boy was very happy to try on yoroi! 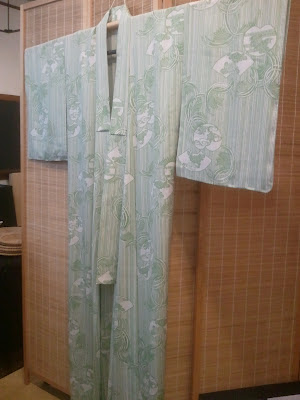 There were two ro kimono hanging, this one and the pink one in the background of the previous picture with the yoroi armor dress up. They both look very refreshing. 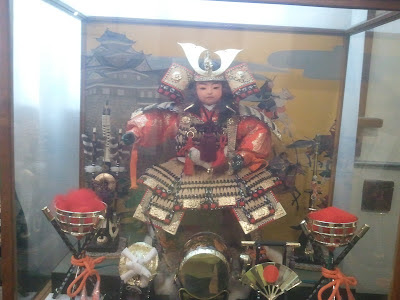 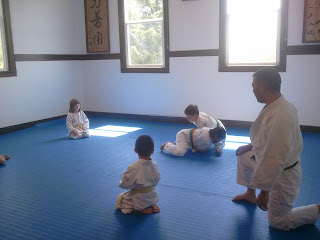 
There were many things there that we didn't or couldn't participate in, my son is so young. There was kamishibai story telling, but Bryan would not sit still long enough to enjoy it. We tried some coloring, but he was not very interested. 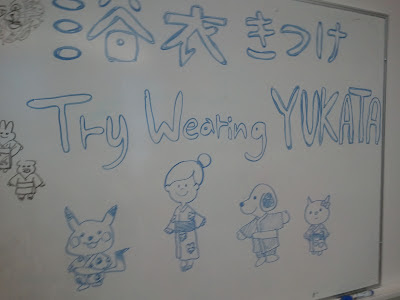 Bryan likes wearing yukata, but has never had someone else dress him other than mommy. Even Pikachu wears yukata! 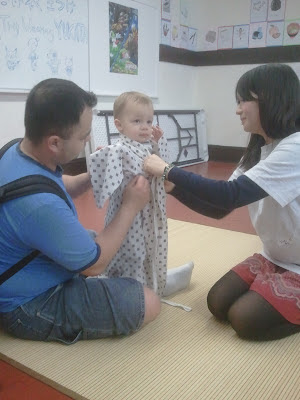 Mommy just relaxes and takes pictures for a change! 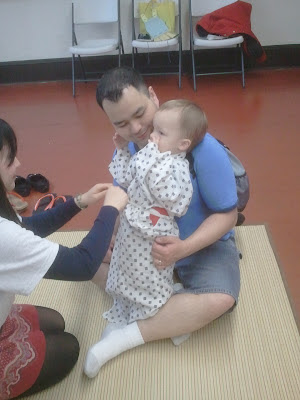 He is being very patient, leaning back against daddy. 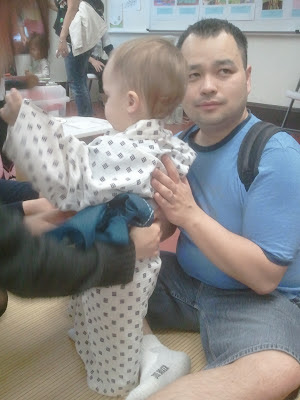 The heko obi was first tied in front, so the yukata became messy when trying to turn it around. 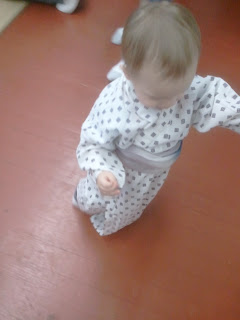 He immediately tried to run away! I'm sorry Bryan, you can't keep this yukata, it is only for playing dress-up! 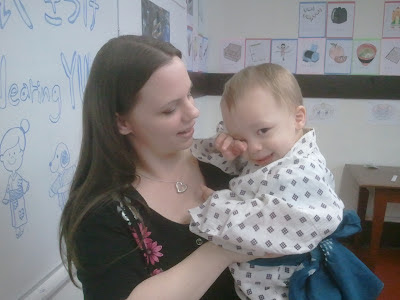 "It's okay, baby, you can wear your own yukata at home. Don't cry!" 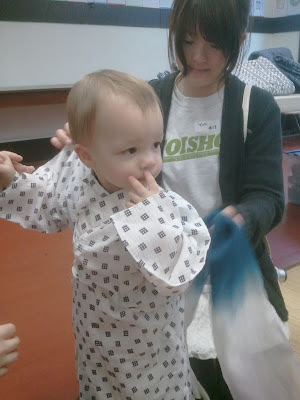 Time to undress and return the yukata. 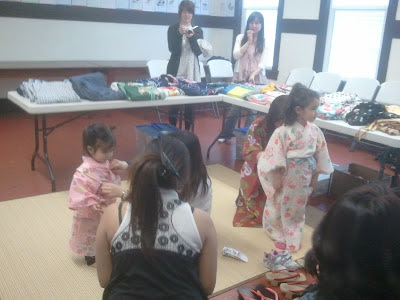 Girls trying on yukata and jinbei 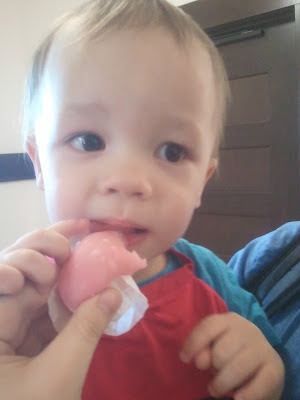 Bryan was given a manju. It is too sweet for mommy, but maybe Bryan would like it? 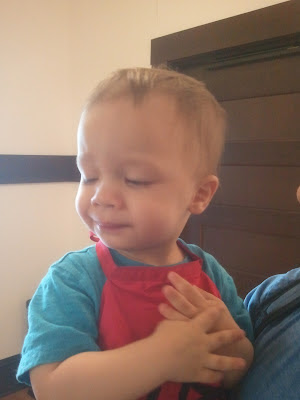 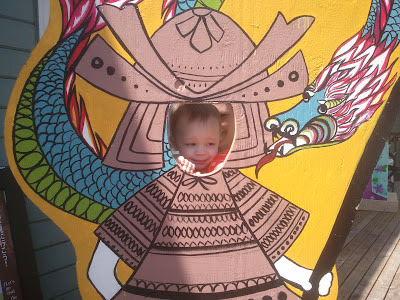 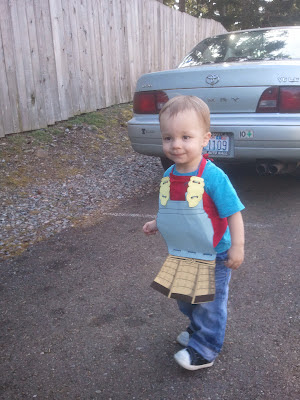 Wearing his paper yoroi we made at the festival. We had a good day, and enjoyed Kodomo no Hi!
Posted by Amanda at 10:02 PM