My son's heko obi arrived in the mail yesterday! The color is a little darker than I thought it would be, but that makes it better! That means it coordinates well with other fabrics I plan to make into yukata for my son. 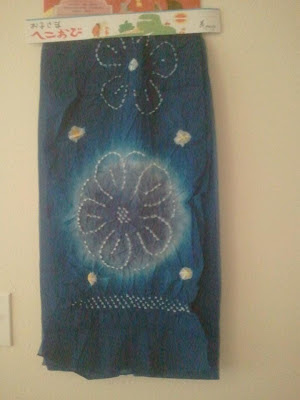 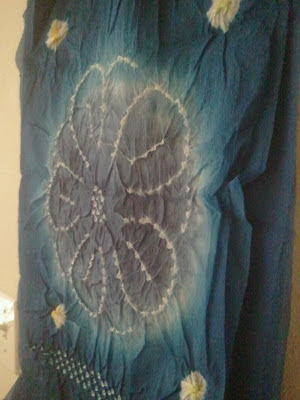 The dark color also helps it looks a bit more masculine, in my opinion. I was worried that daddy wouldn't like it because of the flowers (and I admit, kimono is sort of dress-like to some men), but daddy likes it a lot. 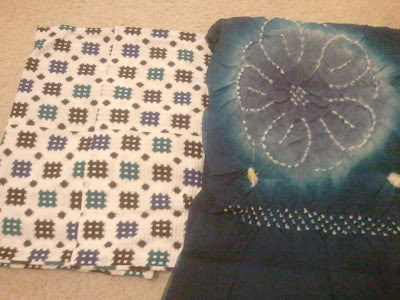 The color looks good with his yukata.

I played dress up with my son, to see how the heko obi looked with his yukata. 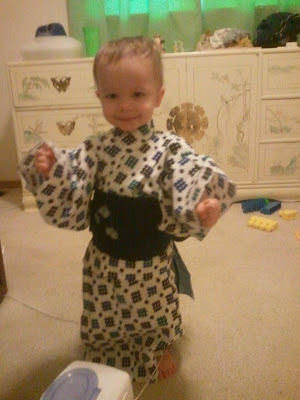 A victory pose? He was having fun making a mess in his room. He doesn't know that kimono is different from other clothes ^_^ 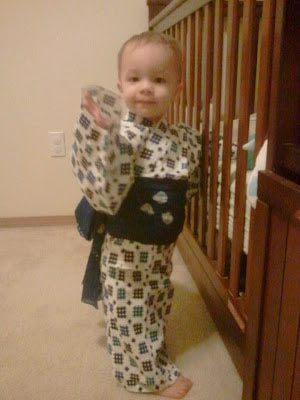 He likes playing with the sleeves. I sort of like longer sleeves, even on boys, but this yukata looks cute on him. 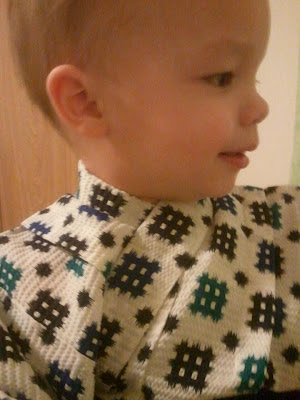 Baby boy, where is your neck?? 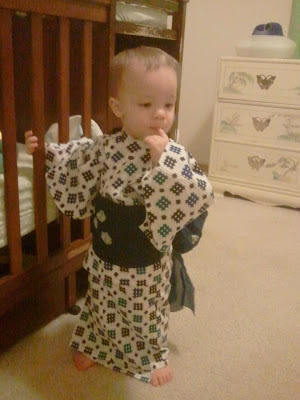 The length is still too long. I still need to shorten it, but I am waiting until closer to matsuri time. He is growing very fast... 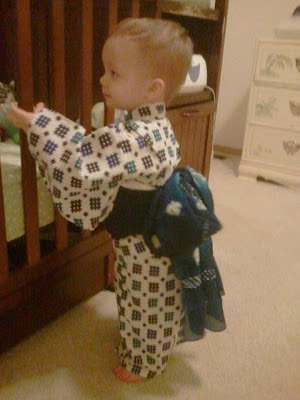 He is so little, the obi bow looks very big for him! 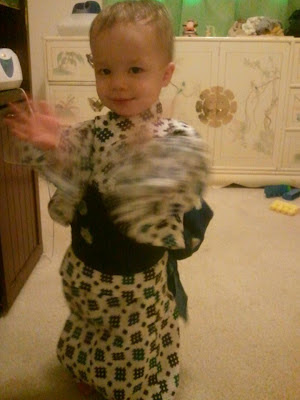 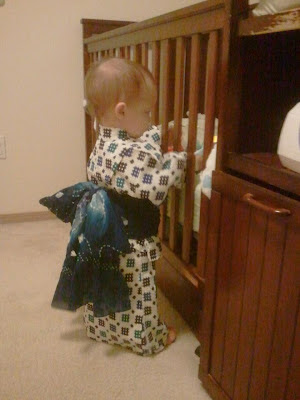 Big bow on his back! Now I just need to buy some cute sandals for him. He likes to wear my geta around the house, and we giggle over him stumbling around. I have a pair of old children's geta that are almost small enough for his feet, but they are hard for him to walk in and clunky, and the straps and pink and black. Just regular sandals for him, I think. 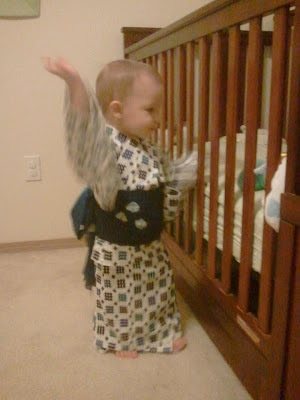 Dancing! I will probably tie his obi more narrow on his waist, and try better to center the shibori on the front. But I tied it wide to hide the temporary (and pink) koshihimo that was holding up the extra length of his yukata! 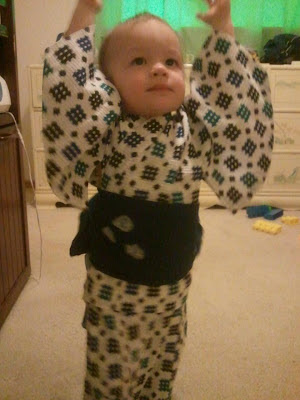 And it looks like the heko obi will look good with the fabric I am going to use to make another yukata for my son. Dinosaurs!! It is actually a bed sheet, but I liked the pattern very much and thought it would make a cute yukata. 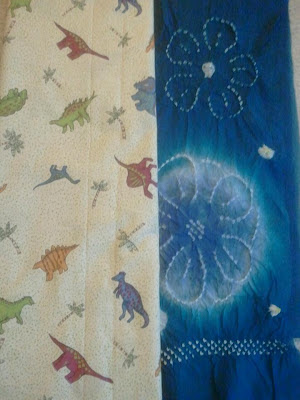