Yesterday my family decided to go to this festival we heard about on the news that morning. I've never heard of it until yesterday morning. It was a new years celebration held by the local Asia Pacific Culture Center. This year they were featuring the island of Fiji, but there were cultural displays and performances representing many other Asian countries as well. It was a smaller event than I have been to, and the atmosphere of the performances were also much more casual feeling. We didn't spend much time there since we went late in the afternoon after baby woke up from his nap and there was only an hour or so left before the end of the event.

We took some pictures, but unfortunately my cell phone's shutter speed has slowed considerably so most of the pictures came out blurred. I also had some cute video to share but everything got accidentally deleted when I transferred photos to the computer (all my baby videos gone as well ::sob::)

In the front entrance were displays of items from various Asian Cultures. 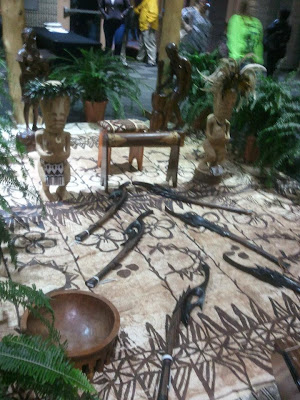 A display of Fiji instruments. I don't know what the clubs are on the rug, but they are so intricately carved! 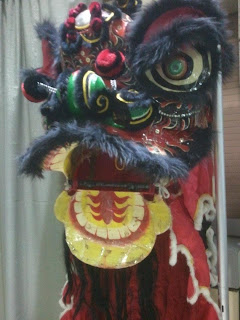 The head of the dragon for the Chinese Dragon Dance. 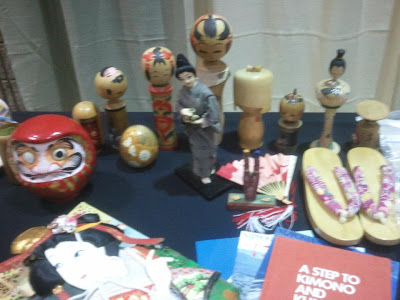 The display of items representing Japan. A daruma, a collection of kokeshi dolls, a little girls kimono fan and geta. I flipped through the red book and am now determined to find a copy of it! It is called A Step to Kimono and Kumihimo. It has instruction for dressing kimono and obi in the front half, with beautiful old pictures, and the back half of the book is instructions on kumihimo braiding for making your own obijime! And it is completely in English!! It is the best English language kitsuke book I've seen. I found it on Amazon (click the book title above for the link). 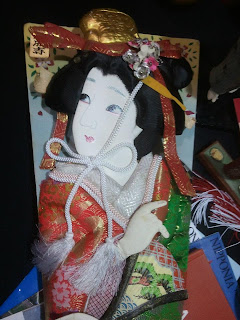 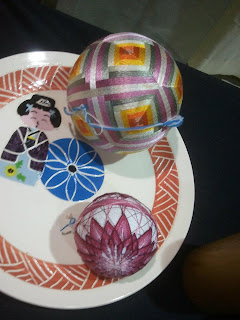 Some temari. There was also a kimono displayed, but it was a plain nibushiki kimono (two part kimono). 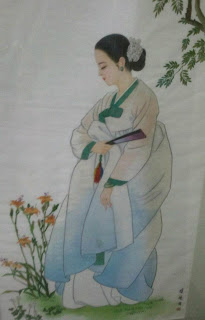 I think this Korean painting is gorgeous. 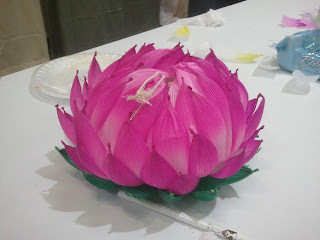 Toward the back of the hall supposedly they were having martial arts demonstrations, but we didn't see any of them, only children playing. There were also tables for crafts for the kids. The only craft they were doing when we got there were these Korean tissue paper lotus lanterns. They had run out of tissue petals so we didn't make any, but they certainly are lovely! 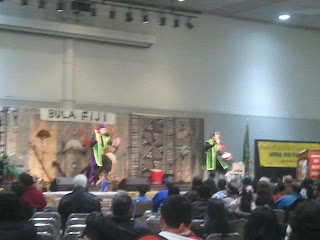 I wish I had better pictures to show of the performances! I had some cute video too, before it all got deleted... ah well. The first one we saw was the Okinawan performances. This is the only photo that survived, the adult drummer/dancers. Of the performances we saw we liked this one the best. After the adults performances were the little kids. There was one 3 year old that got the most attention because he just stood there staring out into the audience. Adorable!
Then the older women came out and performed a dance while the kids and men drummed and danced on stage. The women wore black and white kasuri kimono with one shoulder exposed showing a red underkimono with short sleeves. As the women danced, the Hawaiian performers sneaked up behind them and put leis around their necks. It was so cute, the combination of cultures.
Then the Okinawa performers got the audience up to get the whole hall dancing. This was my toddler's favorite part. He was restless the rest of the show, but was excited to get down and show some dance moves!
After Okinawa came the Korean singing group. Most of the audience didn't enjoy this show unfortunately. I think many people got up and did other things until the next show. Even the MC was joking saying things like "Alright everyone, only one more song left to go!" (they actually sang two more songs). I thought their hanbok were gorgeous. I noticed that each singer had a different style of hanbok on. I'm so used to seeing the standard shape hanbok like the one in the painting pictured above, so I enjoyed seeing the different styles in person rather than in pictures on the internet.
The last performance we stayed for was the Philippine performance. The girl's dance was lovely. They waved around crescent shaped flower garlands. The dance and music reminded me of an old European folk dance.
I wish we were able to see the Japanese performance, but I think they performed earlier that day. They were still there in their beautiful kimono. 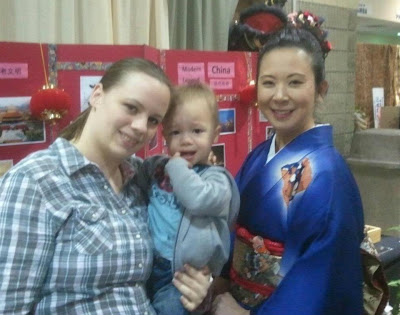 My son wasn't feeling up to having his picture taken! If we had heard of this event earlier I would have worn kimono. Maybe something to look forward to next year! My husband enjoyed the event too! Yay, I think he may be open to me dragging him to the various upcoming matsuri!
More photos from the event: 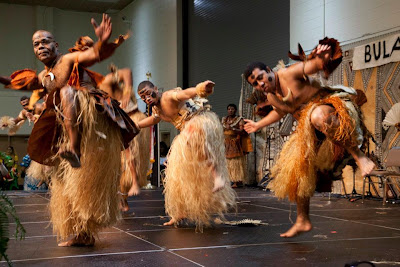 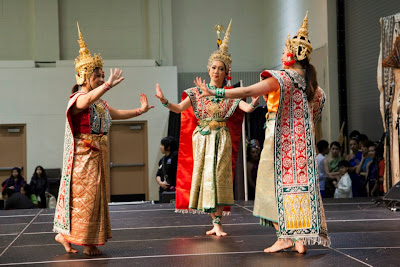 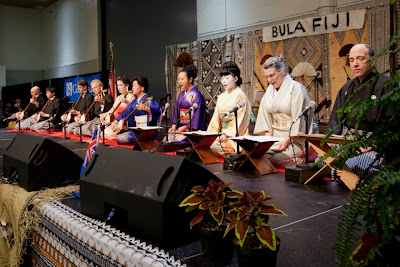 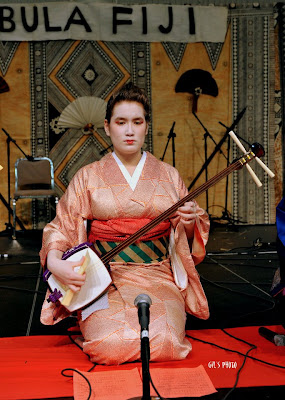 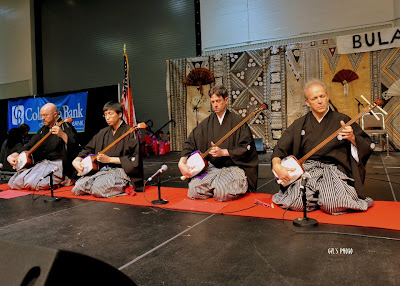 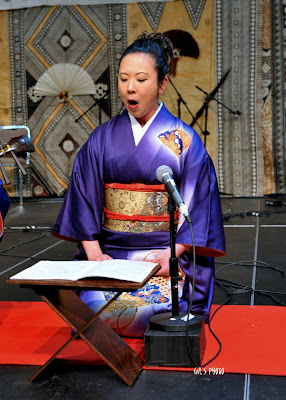 Enjoy your local events everybody!
Posted by Amanda at 10:51 AM